The Bidens' dogs, Champ and Major, temporarily left the White House earlier this month after what was described as aggressive behavior and a "biting incident" involving Major

The president's dog is getting some help for his behavior but remains, as ever, a good boy.

That's what Joe Biden told ABC News this week about Major, the younger of his two German Shepherds, who followed the family to the White House.

Major and Champ, the elder dog, were temporarily relocated back to Delaware earlier this month after CNN published an article that Major had a "biting incident" with White House security.

According to the network, Major had also exhibited more aggressive behavior such as "charging" at the White House security and staff.

Sitting down with ABC News' George Stephanopoulos, Biden, 78, said that Major had been spooked by some of the new faces in his new home and had not seriously injured anyone.

"Major did not bite someone and penetrate the skin," he said.

"What happens is ... what surprised me is the White House itself, living there: Every door you turn to, there's a guy there in a black jacket," Biden continued.

"You turn a corner and there's two people I don't know at all. And they move — and he moves to protect. But he's a sweet dog," the president said of Major.

Biden said Major was "in the process of having a training session."

"The dog's being trained now [with] our trainer at home in Delaware," Biden said.

He also echoed what the White House had said previously: that Champ and Major also went back to Delaware because the president and First Lady Dr. Jill Biden were both traveling.

"I didn't banish him to home," the president told Stephanopoulos.

Psaki did not identify the staffer who was injured beyond saying then: "Major was surprised by an unfamiliar person and reacted in a way that resulted in a minor injury to the individual, which was handled by the White House Medical Unit with no further treatment needed."

Champ and Major have become minor celebrities — at least on social media — since arriving to the White House after four years of no presidential pets under Donald Trump.

Major is also thought to be the first rescue dog living in the residence.

Speaking with ABC News, the president said there was more to Major than this incident.

"Eighty-five percent of the people there love him," he said. "He just — all he does is lick them and wag his tail. But ... I realize some people, understandably, are afraid of dogs to begin with." 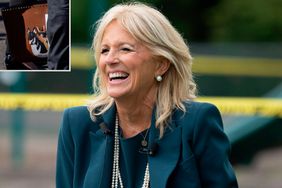 Jill Biden Has a Custom Valentino Bag Featuring a Portrait of Her Dogs, Champ and Major 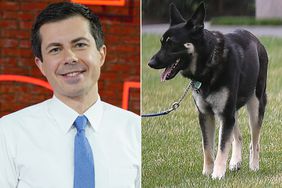 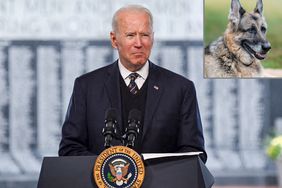 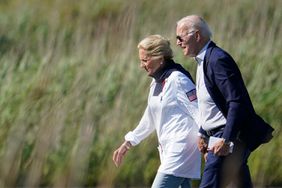 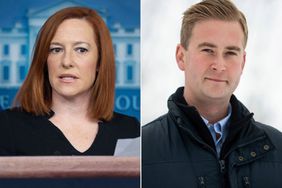