Kerri Engebrecht said afterward that she "thought it was very refreshing to have a president that showed a lot of empathy … that was wonderful. As a mom, it made me feel great"

President Joe Biden couldn't do what one Wisconsin mother asked of him during Tuesday night's CNN town hall in Milwaukee, but he said he would try and do her one better.

Wisconsin mother Kerri Engebrecht told Biden, 78, that her 19-year-old son Nate was diagnosed with pediatric chronic obstructive pulmonary disease (COPD) when he was 14.

The family hasn't yet been able to get him a COVID-19 vaccine even as others with less health risks have, Engebrecht said.

She then asked the president if he had a plan to more quickly get the vaccine to more vulnerable Americans.

"The states make the decisions on who is in what order," Biden told her.

The states, who largely have authority over public health for their citizens, have set different rubrics for who is eligible for a vaccine and when. Those guidelines have focused on older people, especially with preexisting conditions, who are most susceptible to severe cases of COVID-19.

The efficiency of each state's distribution and its available supply are other complicating factors.

"I can make recommendations, and for federal programs, I can do that as president of the United States," Biden said at the town hall. "But I can't tell the state, 'You must move such-and-such group of people up.' "

But Biden, who also stayed late after town halls during the 2020 presidential campaign to take more questions, asked Engebrecht if she would stick around.

"Here's what I'd like to do," he said. "If you're willing, I'll stay around after this is over and maybe we can talk a few minutes and see if I can get you some help."

PEOPLE could not immediately reach Engebrecht or her son for comment Wednesday, but a Twitter account that appears to be hers celebrated the moment Tuesday night with a photo of the CNN stage where Biden spoke.

Engebrecht told Newsweek that she "thought it was very refreshing to have a president that showed a lot of empathy … that was wonderful. As a mom, it made me feel great."

"Afterwards, [Biden] pointed from the stage, he singled me out and pointed that he needed to make sure he got my contact information, but did not have time to stay," Engebrecht said. "So I have every hope that he will be in touch with me."

She said she spoke up to raise concerns about more than just her son.

She said while her son "will eventually take the vaccine, there's no doubt in our mind ... on a moral level, we were not looking for a handout and [to] jump us to the head of the line just because I had the opportunity to speak with the president."

Vaccine distribution has been a major focus — and early test — of the Biden administration and is likely to be one of its defining successes or failures, after Biden campaigned on what he said was Donald Trump's lack of pandemic preparedness.

On Tuesday night, Biden took questions from the audience on COVID-19 and a number of his administration's policies.

Even on the COVID timeline, the White House has had to adjust its hopes, including when officials believe vaccines will be broadly available to Americans — bumped back from spring to summer.

When asked about potentially forgiving Americans up to $50,000 in student debt, Biden made clear he didn't think it was within his presidential authority, without Congressional authorization: "I will not make that happen."

When asked about school reopenings, Biden said the White House hopes to have in-person classes happening at most schools for kindergarten through eighth grade by late April.

That goal, too, has changed over time.

How and how quickly to safely reopen schools has been one of thorniest issues in the pandemic, with competing concerns about health and the longterm damage from the lack of in-person education.

Also at Tuesday's town hall, Biden encouraged a 6-year-old who, accompanied by her mother, told the president she was worried about her and her family because of COVID-19.

"Don't be scared. You're going to be fine," Biden told the second grader. "We'll make sure mommy is fine, too." 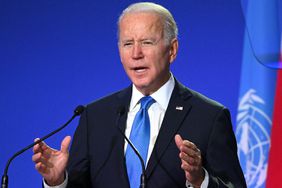 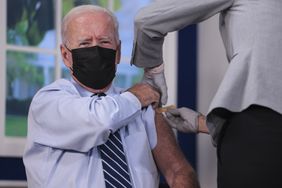 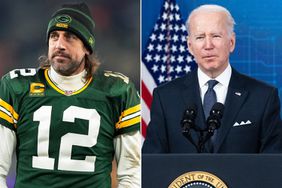 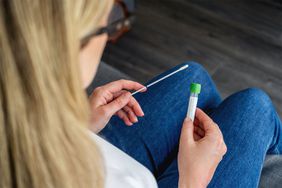 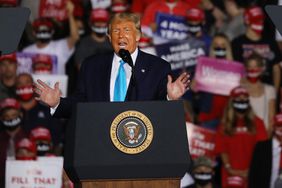 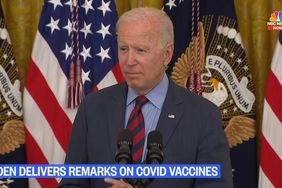 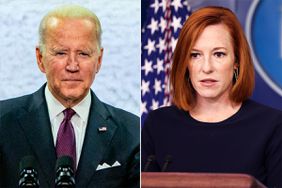