"Such a joy to celebrate these two special people, and their incredible bond, yesterday in Georgia," former First Lady Hillary Clinton wrote in a thoughtful Instagram post

Former President Jimmy Carter and his wife Rosalynn are marking 75 years of marriage alongside some close friends.

Bill and Hillary Clinton traveled to Georgia to visit the happy couple, who celebrated their anniversary on Wednesday, in honor of the milestone occasion.

Hillary, 73, saluted the 39th President of the United States, 96, and his wife, 93, with a thoughtful message on her Instagram page.

"Such a joy to celebrate these two special people, and their incredible bond, yesterday in Georgia," the former First Lady captioned a photo of herself and Bill, 74, posing alongside the joyful Carter couple. "Happy 75th anniversary, Jimmy and Rosalynn!"

The Carters are now the longest-married presidential couple in history.

On Wednesday, the Jimmy Carter Presidential Library shared a black-and-white photo of the two early in their relationship to mark the couple's historic anniversary.

"#75YearsAgo today these two kids tied the knot and forged a bond that cannot be broken. They are now also the longest married presidential couple! #HappyAnniversay President and Mrs. Carter!" the tweet read.

Jimmy and Rosalynn joined Good Morning America on Monday for an interview about their long-lasting relationship and the secrets to making it work. Among their biggest tips was giving the other "plenty of space" to do their own thing.

But when they aren't apart, the couple has hobbies they enjoy together.

"We're always looking to do things or find things we can do together, like fly fishing and bird watching and just going out to the pond, catch a fish," President Carter told GMA.

The Carters' devotion to God has also helped the couple maintain the spark in their relationship, especially during difficult times. It has brought comfort to President Carter on more than one occasion.

"When I'm overseas and Rose is at home, we know we're reading the same biblical text, and even though we're separated physically, it makes us think about the same scripture and admonition from God, direction from God, before we go to sleep," he explained. "So it helps a lot."

The couple's grandson Jason Carter told PEOPLE in May that his grandparents were planning a "big party ... with a lot of their friends from over the years" in their hometown of Plains, Georgia, to celebrate their landmark anniversary.

"The number of things that have to go right in your life to have a 75th anniversary," said Jason, 45, "it's a truly incredible milestone." 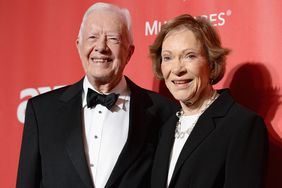 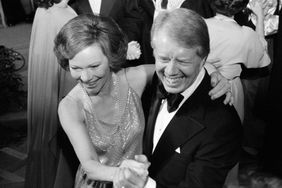 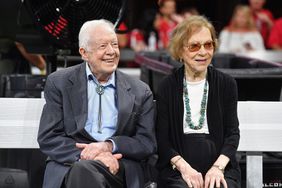 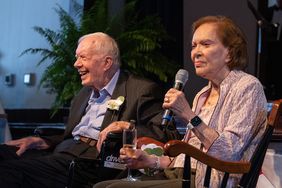