In a detailed oral history published by The Hollywood Reporter, writer Lisa DePaulo recounts her own friendship with Kennedy and being personally recruited to write for George — DePaulo thought the first voicemail Kennedy left for her about joining the magazine, was a prank, for example.

“And so began the best job and the best years of my life,” she writes in the piece, which includes personal stories from Cindy Crawford, Robert De Niro, Newt Gingrich and Ann Coulter.

Crawford, 53, was George‘s first cover star in 1995, dressed as George Washington with a bare midriff.

“I remember I was staying at the Hotel Bel-Air and getting a message that John called,” Crawford told THR. After she said “yes” to appearing on the cover, she found out they wanted her to dress up like George Washington.

RELATED: Inside the Passionate Marriage of JFK Jr. and Carolyn Bessette Kennedy

“I was like, ‘Oh, OK, that’s interesting,'” she recalled. “At one point we decided to cut off the shirt, and it was like, ‘Yes!’ We’re doing George Washington, but it’s with a wink, you know? — with my midriff showing. … Sometimes I’ll see a special on John, and they’ll show when he revealed the cover, and I think, ‘OK, that was pretty cool that he chose me as his first cover.'”

Robert De Niro, who appeared on the second cover, told THR he liked the idea of holding a vintage sword. As it turns out, it wasn’t just any vintage sword but one of George Washington’s actual swords, which John was given by his father, JFK.

“I just did it, you know? They must have told me about the sword,” De Niro recalled with a laugh. “He lived around the corner from me.”

De Niro admitted that they didn’t spend much time together, but ran into each other from time to time.

“I remember I asked him once, ‘I’d like to see your family’s property in Martha’s Vineyard,’ and he said, ‘Yeah, sure.’ And I went to see it in the fall sometime. I just was always curious about that little beach property, beautiful on the water. It was a nice thing for him to do.”

As DePaulo writes, “I don’t believe John ever fathomed that he would die at 38. He didn’t buy into things like the Kennedy Curse. Stuff like that made him hurl. But 20 years later, I do think he would want to be memorialized by the cast of characters who knew the real John–and helped him create the magazine he loved.” 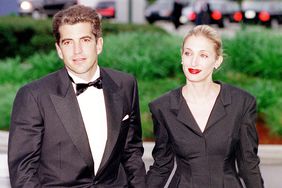 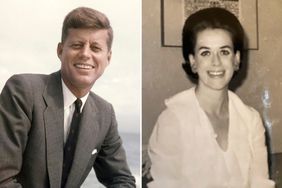 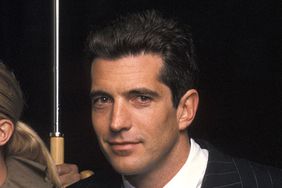 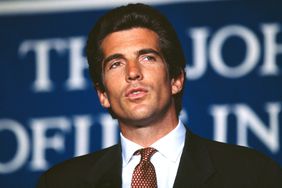 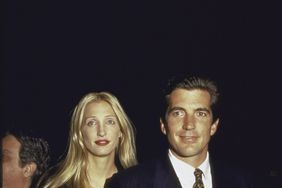 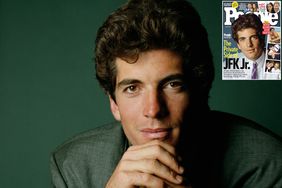