JFK's Only Diary Reveals Fascination with Hitler as a 'Legend'

After Nazi Germany fell in 1945 and the world had learned the horrors of the Holocaust, a young John F. Kennedy paid a visit to Adolf Hitler’s bomb-ravaged Bavarian Berghof residence and Eagle’s Nest mountain retreat.

After the visit — part of his tour of Germany as a Hearst newspaper war correspondent — Kennedy, then 28, wrote a diary entry revealing his fascination with the late Führer, who had committed suicide just four months earlier at his air-raid shelter in Berlin.

“You can easily understand how that within a few years Hitler will emerge from the hatred that surrounds him now as one of the most significant figures who ever lived,” Kennedy writes in what is believed by historians to be his only diary.

“He had boundless ambition for his country which rendered him a menace to the peace of the world, but he had a mystery about him in the way he lived and in the manner of his death that will live and grow after him,” he continued. “He had in him the stuff of which legends are made.”

The little-known diary is set to be auctioned April 26 at RR Auction in Boston by its longtime owner Deirdre Henderson, who was JFK’s research assistant when he was in the U.S. Senate.

Henderson, who said JFK gave her the diary to inform her about his views on national security and foreign policy issues, addresses the 35th president’s startling words about Hitler in a note in the auction description.

“When JFK said that Hitler ‘had in him the stuff of which legends are made,’ he was speaking to the mystery surrounding him, not the evil he demonstrated to the world,” she says. “Nowhere in this diary, or in any of his writings, is there any indication of sympathy for Nazi crimes or cause.”

Henderson also tells PEOPLE that Kennedy’s interest in Hitler’s legacy speaks to his education and lifelong passion for history.

“Remember this diary shows — everything about JFK shows – that he was someone who was educated at an early age,” she explains. “He began reading [Churchill’s memoirs of World War I, The World Crisis] when he was about 12. He was interested in history from an early age.”

“Hitler was driven by ambition and he was a very dangerous person,” Henderson continues. “And these young men had fought him in the war – well, JFK was [serving in the U.S. Navy] in the South Pacific – but he understood Hitler. And it’s the mystery surrounding Hitler – why did he do what he did? I don’t think anyone will ever know. But JFK was analyzing it and saying Hitler was a legend — and Hitler is a legend. But he’s not a good legend. You can’t translate that as meaning he had admiration for him.”

WATCH: Story Behind the Story: Jackie Kennedy and JFK’s Legacy

JFK wasn’t the only Kennedy to voice a controversial opinion about the German dictator, who was responsible for the murder of six million Jews and millions of others.

JFK’s father, U.S. Ambassador to Britain Joseph P. Kennedy Sr., was criticized for his support of the “peace” pact British Prime Minister Neville Chamberlain made with Hitler in Munich, and his stance that appeasement of Hitler was the best option.

JFK’s remarkable assessment of Hitler is one of many little known musings in the 61 tightly packed pages of his diary, which was first published in 1995 as a book, Prelude to Leadership — JFK’s Summer Diary of 1945, edited by Henderson.

“Every time you read this diary you find more and more nuggets of information,” says Henderson, who decided to auction the manuscript in honor of the upcoming 100th anniversary of JFK’s birth on May 29.

The decision “came slowly,” she tells PEOPLE. “I didn’t want to part with it but now I think it needs a home somewhere that it will be better known to historians and to everyone. It’s part of his legacy.” 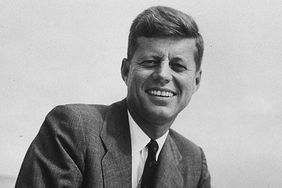 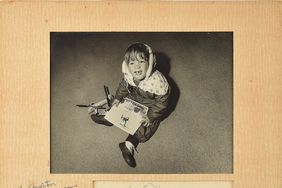