Ivanka Trump and her husband Jared Kushner stepped out together on Saturday for a prestigious Washington, D.C. event amid the ongoing controversy over Kushner’s security clearance.

Ivanka, 37, and Jared, 38, attended the 134th annual Gridiron dinner, which, much like the White House Correspondents’ Dinner, is attended by hundreds of journalists and filled with comedic remarks about the current political landscape.

Although President Donald Trump regularly criticizes the media, Trump attended last year’s Gridiron dinner — where he joked that his wife Melania Trump might be the next person to leave the White House.

Attending on her father’s behalf this year, Ivanka offered a few jokes while briefly addressing the assembled journalists. She got a laugh early on when she said her father asked her to appear “just this afternoon,” before clarifying that wasn’t actually “a joke,” according to NPR.

The Washington Post reported that Ivanka got a “cringey laugh” when she joked about how hard it is being Trump’s daughter.

“The press seems to think it’s ironic that I, born of great privilege, think people want to work for what they are given,” she said, according to the outlet. “As if being Donald Trump’s daughter isn’t the hardest job in the world.”

Earlier in the week, Ivanka was criticized for claiming during an interview with Fox News that “most Americans” didn’t want a “guaranteed minimum” wage — a resolution that’s part of Rep. Alexandria Ocasio-Cortez‘s proposed Green New Deal.

“I don’t think most Americans in their heart want to be given something,” Ivanka said.

“I’ve spent a lot of time traveling around this country over the last four years,” she added. “People want to work for what they get, so I think this idea of a guaranteed minimum is not something most people want.”

Making a brief mention of her father’s absence at the event on Saturday, Ivanka pointed out how “the opportunity to poke fun at the media isn’t something he passes up lightly,” before adding, “for my father, every day is a Gridiron dinner,” according to NPR.

Ivanka and her husband put on a united front ahead of the event on Saturday, posing for a smiling photograph together on Ivanka’s Instagram.

Conspicuously absent from her dinner schtick was any mention of the ongoing firestorm over Kushner’s security clearance. Two days earlier, the New York Times reported that Mr. Trump ordered top-secret security clearance be granted to Kushner last year, ignoring concerns from intelligence officials. The revelation, if true, directly contradicts repeated Trump family statements to the contrary, including one from Ivanka herself.

During an interview with ABC News given in January, Ivanka said her dad “had no involvement pertaining to my clearance or my husband’s clearance, zero.”

According to the Times, the president’s move in May “so troubled senior administration officials that at least one, the White House chief of staff at the time, John F. Kelly, wrote a contemporaneous internal memo about how he had been ‘ordered’ to give Mr. Kushner the top-secret clearance.”

Kushner, who like Ivanka is a senior aide in the administration, initially had an interim clearance, the Times reported on Thursday. A final ruling on his clearance was held up by a background check that took more than a year, and officials had issues including questions about Kushner’s international business connections.

He received his top-secret clearance last May, the same month as the directive from the president, as described by the Times.

The question of Kushner’s pending security clearance drew scrutiny from the start amid larger concerns about the president employing two relatives in the White House, which critics say too closely blends the personal and political.

But the president has denied any role in the matter. As the Times explained Friday, he has the authority to grant security clearances to anyone, though as a matter of propriety it is usually not done directly.

“I was never involved with the security,” the president told the Times in January. “I know that there was issues back and forth about security for numerous people, actually. But I don’t want to get involved in that stuff.”

In a statement to PEOPLE on Friday, White House Press Secretary Sarah Sanders said, “We don’t comment on security clearances.”

Peter Mirijanian, a spokesman for Kushner’s attorney, said in his own statement, in part, that Kushner’s clearance “was handled in the regular process with no pressure from anyone.”

The statement, however, did not specifically rebut the details laid out by the Times‘ reporting.

White House counselor Kellyanne Conway reportedly defended Ivanka’s previous statement regarding Kushner’s clearance on Fox News Friday, saying “If Ivanka Trump chose to comment, then she probably has knowledge that some of us do not have. 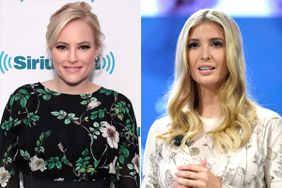 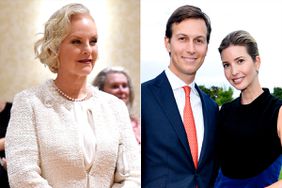 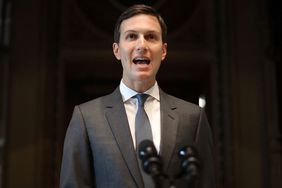 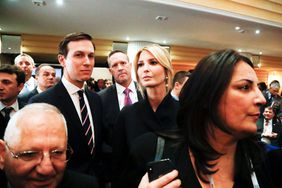 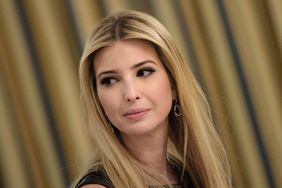 'It's Like a Coup': Critics Lash Out After Ivanka Trump Gets West Wing Office and Security Clearance 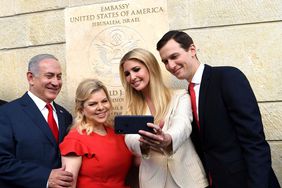 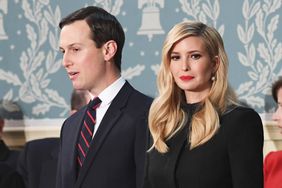 Trump Once Told Chief of Staff to 'Get Rid of My Kids' Who Didn't 'Play the Game,' Book Claims — as WH Dismisses 'Fiction' 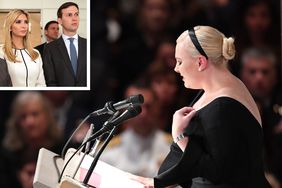 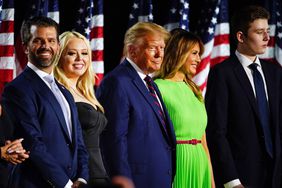