Rep. Omar is the first Somali-American and one of the first two Muslim women to serve in Congress

During debate on a resolution to censure Rep. Paul Gosar for posting an anime video depicting violence against another member of Congress, fellow Republican Rep. Lauren Boebert delivered a diatribe Wednesday that included a racist comment directed at Rep. Ilhan Omar.

Boebert, a firebrand who represents a district in Colorado, used her time during the debate to discuss what she called "inappropriate actions" by lawmakers other than Gosar. She singled out Omar as a member of "the Jihad Squad," in a barely-veiled reference to Omar's Muslim background.

An unabashed progressive Democrat who is part of "The Squad" of six left-wing members, Omar is the first Somali-American and one of the first two Muslim women to serve in Congress. She is also a refugee and the first naturalized U.S. citizen from Africa to be elected to the House of Representatives

"This member is allowed on the Foreign Affairs Committee while praising terrorists," Boebert argued ahead of the successful vote to strip Gosar of his committee assignments, apparently referring to past comments by Omar that her critics said were unduly accommodating of extremists. (In each case Omar, who has a history of criticizing what she calls the human rights records of the U.S., Israel and others, has clarified her feelings.)

In her speech, Boebert also briefly referenced the right-wing conspiracy that Omar previously married her brother — a claim Omar has called "absurd and offensive."

The Minnesota lawmaker responded to Boebert's insults with her own.

"Luckily my dad raised me right, otherwise I might have gone to the floor to talk about this insurrectionist who sleeps with a pervert," she tweeted. "I am grateful I was raised to be a decent human and not a deprived person who shamefully defecates & defiles the House of Representatives."

Boebert has been accused of meeting with organizers of pro-Trump rallies on Jan. 6 but denied any involvement in the deadly riot that followed. Her tweets during the attack — "Today is 1776," one said — are also controversial.

Boebert's husband reportedly pleaded guilty to public indecency and lewd exposure in connection with a 2004 incident.

Rep. Eric Swalwell, a California Democrat, was also targeted by Boebert during her animated speech this week.

"The cherry on top: My colleague and three-month presidential candidate from California who is on the Intelligence Committee slept with Fang Fang, a Chinese spy," she said as her time began to run out and she was interrupted by the gavel. "Let me say that again: A member of Congress who receives classified briefings was sleeping with the enemy. This is unacceptable."

Swalwell, who launched a brief presidential campaign in 2019, had what he said was unwitting contact with a suspected Chinese intelligence operative, also known as Christine Fang, who allegedly targeted promising politicians between 2011 and 2015.

Swalwell is not accused of any wrongdoing. He said he cut off ties with Fang after U.S. intelligence officials briefed him on their concerns about her.

After Axios broke the spying story, Swalwell said in a statement that he cooperated with the FBI in their investigation of Fang and that six years had passed since he was in touch with her.

His contact with Fang reportedly included her help in raising funds for a 2014 campaign and placing an intern in his congressional office.

The back-and-forth between Boebert and Omar was the latest example of the increasingly confrontational tone in the House after the Jan. 6 Capitol attack, as some of the Republican minority's most right-wing members have been punished for conduct like Gosar's. 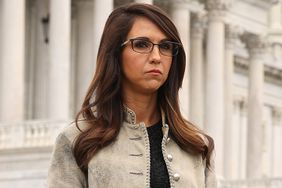 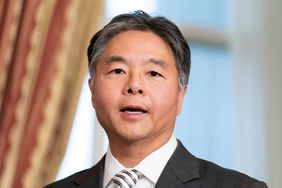 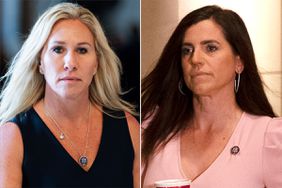