The offer of "a lift" back to North Korea took place during the pair's second face-to-face meeting, according to a new documentary

When Donald Trump was meeting with Kim Jong Un in Vietnam two years ago, he made an unusually friendly offer from a president to a dictator, a former aide says.

According to the new BBC documentary series Trump Takes on the World, Trump, 74, "offered Kim a lift home on Air Force One" during their second face-to-face meeting, in February 2019.

"The president knew that Kim had arrived on a multi-day train ride through China into Hanoi," Matthew Pottinger, who worked as the top Asia expert on Trump's National Security Council, told the BBC. "And the president said: 'I can get you home in two hours if you want.' Kim declined."

Trump and the authoritarian, who is believed to be about 36 years old, held their first historic face-to-face meeting in Singapore in June 2018. It was the first time a U.S. president had met with a North Korean leader

The offer of a "lift home" aboard the president's plane came during the pair's second in-person meeting, which took place on Feb. 28, 2019, in Vietnam, and reportedly ended after Trump, growing frustrated with the pace of negotiations, left the room.

Trump later told the press the two could not come to an agreement on a deal to relieve North Korea of U.S. sanctions in exchange for giving up much of its nuclear weapons program, saying, "Sometimes you just have to walk."

A third meeting followed that summer, inside the Korean Demilitarized Zone between North Korea and South Korea on June 30, 2019. Trump became the first sitting U.S. president to step foot into North Korea when he took 20 steps into the country, according to The New York Times.

During Trump's four years in office, his relationship with Kim shifted from one of open animosity — warning of "fire and fury" in 2017 — to an eyebrow-raising warmth, even for a president with a noted fondness for autocratic leaders.

In 2020, journalist Bob Woodward detailed 27 letters — two of which Trump had already tweeted, one from him and one from Kim — between the two men in his book, Rage.

Trump has described the missives as "love letters" and in other gushing terms, according to CNN and previous reports.

Woodward's notes and Trump's tweets show the letters mix the diplomatic formalities with highfalutin praise, especially from Kim to Trump, whom Kim referred to as "Your Excellency."

Speaking to the BBC, former National Security Advisor John Bolton said that Trump "thought he had a new best friend" in Kim.

Bolton added that in his view, Trump's attempts to forge a relationship with the dictator wound up making concessions for which the U.S. "got nothing in return."

After complaining about joint exercises between South Korean and American forces — which had been ongoing for more than 60 years — Trump simply agreed to end them, Bolton told BBC.

"Kim Jong Un, as he had many times in the past, complained about the big joint exercises between South Korea and American forces, which had been going on on the Korean peninsula for about 60 years plus," Bolton said.

Bolton continued to the BBC: "Trump, out of nowhere, said, 'I'm going to cancel the war games [as he called them]. There's no need for them, they're expensive and it will make you happy.' I couldn't believe it. [Secretary of State Mike] Pompeo, [Chief of Staff John] Kelly and I were sitting there in the room with Trump and we weren't consulted. It came simply from Trump's own mind. It was an unforced error; it was a concession for which we got nothing in return."

And while he has cast himself as something of an expert deal-maker who once wrote that "the worst thing you can possibly do in a deal is seem desperate to make it," Trump himself did not take much convincing when alerted that Kim would be interested in meeting, according to the BBC doc.

Speaking of the moment Trump said "yes," former National Security Advisor H. R. McMaster told the BBC that he felt "it would be better to let Kim Jong Un feel the pressure a little bit longer."

Trump, however, was quick to agree to the in-person summit, with McMaster saying, "the president wouldn't resist the opportunity." 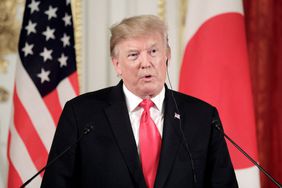 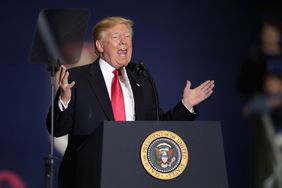 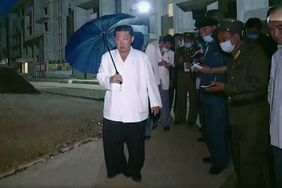 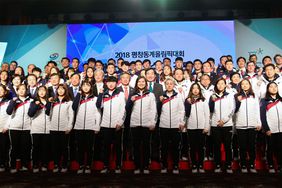 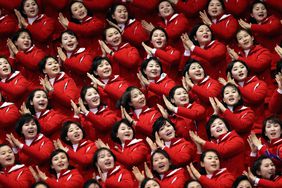 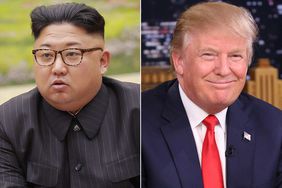