Former Secretary of State Hillary Clinton was appointed the chancellor of Queen’s University Belfast in Northern Ireland on Thursday, becoming the first female to ever hold the position.

Clinton, 72, will serve five years as the chancellor at the Northern Ireland university, becoming the 11th person named to the role.

“It’s my great privilege to become @QUBelfast’s 11th — and first female — chancellor,” Clinton said on Twitter. “It’s a place I have great fondness for and have grown a strong relationship with over the years, and I’m proud to be an ambassador for its excellence.”

Clinton’s ambassador role is mostly ceremonial, but she will also act as an advisor to Queen’s University Vice Chancellor Professor Ian Greer and his senior management. The university said Clinton will be available as a “sounding board” who can “provide counsel and guidance.”

The 2016 Democratic presidential nominee previously received an honorary doctorate from Queen’s University Belfast in October 2018 and has often traveled back to Northern Ireland after first visiting the country in 1995, when she and then-President Bill Clinton became the first serving U.S. president and first lady to travel there.

“I am delighted that Queen’s has chosen Hillary Clinton to be its new Chancellor,” said Stephen Prenter, chair of the Queen’s University’s governing body. “Secretary Clinton has made a considerable contribution to Northern Ireland and as an internationally recognized leader will be an incredible advocate for Queen’s and an inspirational role model for the Queen’s community.”

In her 2018 speech, when she accepted her honorary doctorate from the university, Clinton said Northern Ireland has been a symbol of democracy — a symbol needed “more than ever because democracies across the world are facing a toxic backlash.”

Hillary Clinton: ‘The Fight Was Worth It’ for Women’s Equality

Clinton lost the 2016 election after a heated campaign with President Donald Trump that changed the political rhetoric in America.

“We are at a point in our history, not just in Northern Ireland, but in the U.K. and Europe and across the world where we are facing real difficulties in how we want to move forward,” Clinton said in her 2018 address to the university. “It poses very real questions, not just for politicians but also for citizens.” 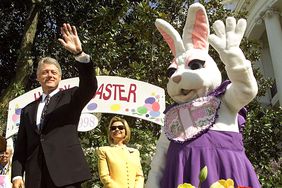 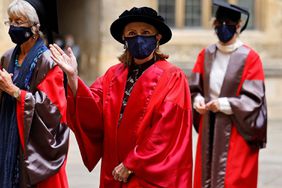