Republican Election Official in Ga. Denounces GOP Silence on Threats Over the Election: 'It Has to Stop'

"If you're going to take a position of leadership, show some," Gabriel Sterling said

A Georgia election official did not mince words this week while addressing other conservatives who have gone too long, he said, without condemning the spread of misinformation and violent threats over the 2020 presidential election.

“We need you to step up,” Gabriel Sterling, a voting systems implementation manager and a top aide to Georgia's secretary of state, said during an impassioned press conference Tuesday.

He called on Republican lawmakers to speak out against violent rhetoric fueled by claims of fraud for which there has been no proof.

Sterling, a Republican like his boss Brad Raffensperger, is one of a handful of GOP officials around the country who have spoken out about threats being made against them, their families and their staff amid President Donald Trump's conspiracy theories about the election.

Trump has even targeted other conservatives who he sees as not sufficiently backing his baseless claims that the election was stolen, and some other top Republicans have followed his lead.

Last month, Georgia Sens. Kelly Loeffler and David Perdue — both up for re-election in a pair of January runoffs that will determine who holds the Senate majority — called for Raffensperger to resign over the election.

Raffensperger has responded by saying that while he investigated, there is no evidence of the kind of wrongdoing Trump claims and that Trump should accept his narrow loss in Georgia, following recounts and audits of the vote that show Joe Biden won.

"My family voted for him [Trump], donated to him and are now being thrown under the bus by him," Raffensperger wrote in a recent op-ed for USA Today.

"When I took office, I committed to running elections in Georgia with integrity," he wrote. "After any election, half of the voters will be happy and the other half will be disappointed. But I wanted to make sure everyone felt confident in the process and confident in the outcome."

On Tuesday, Sterling said that Raffensperger has had caravans of honking Trump supporters outside of his home recently, while Raffensperger's wife has received “sexualized threats through her cellphone."

NPR reported that a Twitter thread led to a Georgia voting systems technician’s identity being revealed publicly along with threats about him being “hung for treason.” Sterling said Tuesday that the harassment of this employee, whom he described as a 20-something contractor, was "the straw that broke the camel's back."

"This kid took a job. He just took a job. And it's just wrong," Sterling said. "I can't begin to explain the level of anger I have right now over this. And every American, every Georgian, Republican and Democrat alike should have that same level of anger."

"Fight for every legal vote. Go through your due process. We encourage you. Use your First Amendment. That's fine. Death threats, physical threats, intimidation — it's too much," Sterling said of other Republicans. "It's not right. They've lost the moral high ground to claim that it is."

“This is elections, this is the backbone of democracy and all of you who have not said a damn word are complicit in this,” Sterling said. “It’s too much.”

Sterling urged Trump, who has yet to concede the election, to “be the bigger man here" and denounce rather than amplify the threatening language from his allies and supporters. 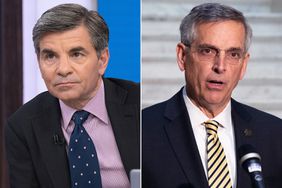 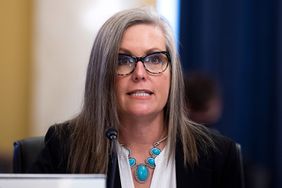