"Laura & George Bush sitting with Ellen Degeneres and Portia de Rossi is not something I expected to see at an NFL game," one Twitter user wrote

Viewers of Sunday’s match-up of the Dallas Cowboys and Green Bay Packers got a brief look at an unlikely duo: former President George W. Bush seated next to Ellen DeGeneres in the Cowboys’ stadium.

According to USA Today, the Fox broadcast of the game showed a snippet of Bush, 73, and DeGeneres, 61 — who attended with their wives, former First Lady Laura Bush and Portia de Rossi — smiling and chatting in a private suite while DeGeneres looked at her phone.

The clip was quickly meme-ified on social media. The responses, including those spotted by USA Today, ranged from the surprised to the silly to the sarcastic and critical.

“Laura & George Bush sitting with Ellen Degeneres and Portia de Rossi is not something I expected to see at an NFL game,” one Twitter user wrote. “I would absolutely watch this sitcom though.”

There were also many Bush detractors who took issue with DeGeneres being seen with him, given his conservative politics and anti-gay record while in office.

In a characteristic response, one user wrote on Twitter: “So quirky and fun to see George Bush out with Ellen at a Cowboys game after his terrible foreign policy decisions killed thousands of innocent people.”

Others urged a more magnanimous reaction. “I don’t know why people are hating on this. This is exactly what our world needs right now. We need to see that people who disagree politically can sit together, be kind, and enjoy a football game,” a user tweeted. “Chill people. This is a good thing.”

“Politics aside George W. Bush is the objective correct choice for best living president to hang out with,” another Twitter user contended of the former commander-in-chief, tongue firmly-in-cheek.

This isn’t the first time President Bush and DeGeneres have crossed paths, of course. He was a guest on her talk show in 2017.

Since leaving office in 2009, he has focused on his painting — which has more and more come to focus on veterans of the very wars he championed while in office. An exhibit of some of his works will opened at the Kennedy Center in Washington, D.C., this month.

“It consumed me,” Bush told PEOPLE in 2017 of Portraits of Courage: A Commander in Chief’s Tribute to America’s Warriors, collecting some of his works along with stories about the service members.

“These are men and women who I’ve gotten to know and really like,” Bush said then. “We just share a bond that is hard for people to understand.” 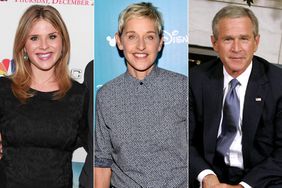 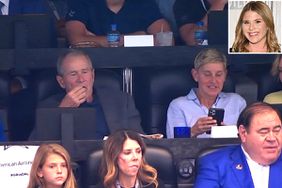 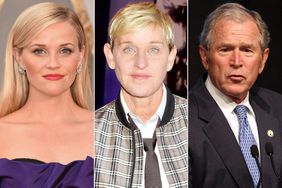 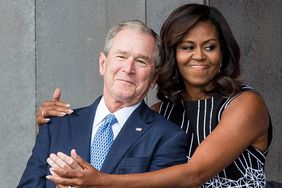 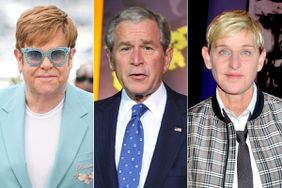