In a March interview, McConaughey said running for governor in Texas was "a true consideration"

George W. Bush has a bit of a reality check for Matthew McConaughey: Politics is "a tough business."

During an appearance Tuesday on the Today show, the former Texas governor-turned-president, 74, commented on recent headlines that the Academy Award-winning actor is considering a run of his own for Texas governor.

Today co-host — and former first daughter — Jenna Bush Hager asked her father if he believes McConaughey has a chance in the 2022 race, pointing to a recent University of Texas at Tyler poll that found at least some voters seemed to be open to the possibility.

"I have no idea," Bush said of McConaughey's prospects. "I tell you this: It's a tough business."

McConaughey hasn't said whether he'll actually run for governor in his home state, but he has teased the idea in multiple interviews while promoting his biography, Greenlights.

When asked in November about a potential gubernatorial run, McConaughey told The Hugh Hewitt Show "that wouldn't be up to me."

"It would be up to the people more than it would me," he said. "I would say this: Look, politics seems to be a broken business to me right now. And when politics redefines its purpose, I could be a hell of a lot more interested."

in a March interview on The Balanced Voice podcast, McConaughey said running for governor in Texas was "a true consideration."

Still, he has expressed reservations about becoming a politician.

"I'm looking into now again, What is my leadership role?" McConaughey said in March. "Because I do think I have some things to teach and share. What is my role, what is my category in my next chapter of life that I'm going into now?"

McConaughey, who founded a wellness-and-service group with wife Camila but who has never held or ran for public office, has taken a moderate approach without defining his stance on many political issues.

In December, he sounded off on both "the extreme left and the extreme right" during an appearance on Fox News radio.

Prior to the 2020 election, McConaughey told Fox News he would describe himself as "aggressively centric" and declined to say who he was voting for: "I've thought about it and I'm keeping that to myself."

Bush told Today on Tuesday that he and former First Lady Laura Bush are now mostly spending their days "living out in West Texas," binging Netflix series like Hemingway and "spoiling" their grandchildren.

But the family is likely keeping their eye on Texas politics, as well, with news that one of their own is weighing another campaign.

A spokesperson for Bush's nephew George P. Bush — the son of brother Jeb Bush and the grandson of late President George H. W. Bush — recently told PEOPLE that "he is considering a run" to become Texas' next attorney general. 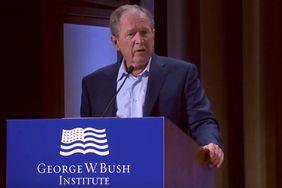 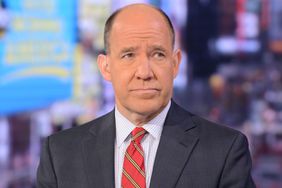 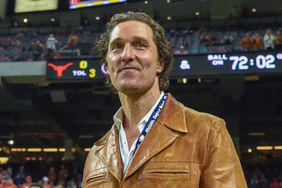 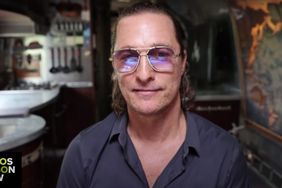