From Girly-Girl to Fun Grandma: The Carly Fiorina You Don't Know (Yet)

Now that Carly Fiorina has leapfrogged into the top tier in this year’s crowded Republican presidential field, voters are starting to know her as the tough secretary-to-CEO candidate nipping at Donald Trump‘s heels.

But here, from an interview with Fiorina and her best friend Deborah Bowker for this week’s issue of PEOPLE, are a few other fun facts to know about the woman who wants to be president.

To wit, for the three-hour Republican debate on Sept. 16, Fiorina sported a $755 pair of 3.5-inch Manolo Blahnik heels. And, like women everywhere who have to answer for their pricey shoes, she notes, “I bought them several years ago.”

And Bowker, who’s known Fiorina since 1988, when they met in a mid-career management program at the Massachusetts Institute of Technology, says the presidential hopeful is a “world-class shopper.”

“We’ll try things on in the same dressing room, look at each other, and give our opinions,” says Bowker, adding with a chuckle: “She’s always pushing me to wear something a little too jazzy for me.”

And while some of Trump’s insults – and flattery – of Fiorina and her looks have been dubbed sexist, Bowker says Fiorina’s no prude about male attention.

“She’ll wave to the trucker who whistles,” says Bowker. “It’s all in the intent.”

Fiorina, with her husband Frank, has two step-granddaughters – Kara and Morgan, who call her “CiCi.”

“I think I’m a pretty fun grandma. They think I’m pretty fun,” says Fiorina. “We have fun together.”

“I hurl myself down water slides and I have done many Halloween costumes. I don’t make them, but we go collect them and they they get to come and pick.”

And her jewelry box is fair game. “They can come pick jewelry to wear with their costume,” Fiorina says.

Bowker says Fiorina’s always had a way with kids. The Christmas they spent together at MIT, it was her idea to dress up as a reindeer – “costume, antlers, the whole deal,” recalls Bowker – for the amusement of the children whose parents were in the program. “We drove around in a Cadillac to everyone’s house,” says Bowker.

3. She’s got a thing for emojis

Her staff calls her “obsessed” with her iPhone and Fiorina doesn’t dispute an ardent affection for her iPhone 6 Plus.

“I love it because it’s big! As I’ve gotten older and my eyes aren’t quite as good, I want a bigger phone,” she says.

She plays solitaire (“not Candy Crush”), reads the newspapers, emails “friends, family and supporters,” and texts her granddaughters on it.

“A strip club is where my first business meeting was,” she says.

In her memoir memoir, Fiorina wrote about her business partner repeatedly beckoning the strippers over for a dance: “In a show of empathy that brings tears to my eyes still, each woman who approached the table would look the situation over and say, ‘Sorry, gentlemen. Not till the lady leaves.’ ”

Fiorina debuted her singing voice on The Tonight Show, where she performed a little ditty she’d written about her Yorkshire terrier, Snickers.

But she also dances. Back in the day, says Bowker, “Carly would put money in the juke box and dance the night away. She’s a wonderful dancer.”

And today? “She’ll do a little two-step rock with her husband.”

For more of our interview with Carly Fiorina, pick up the new issue of PEOPLE, on newsstands Friday 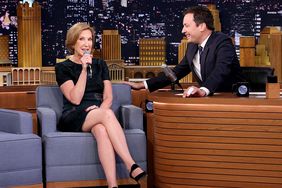 Carly Fiorina on 'The Tonight Show' : Donald Trump and Vladimir Putin 'Have a Lot in Common' 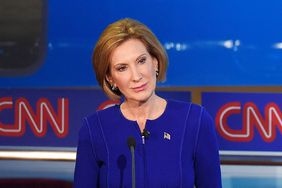 The Story Behind Carly Fiorina's Emotional Debate Moment: 'I Buried a Child to Drug Addiction' 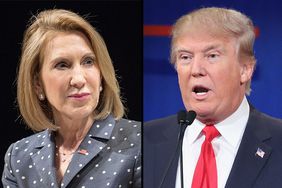 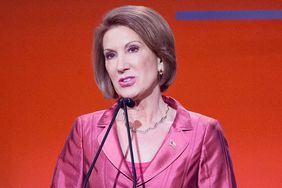 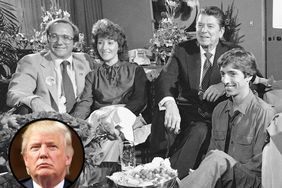 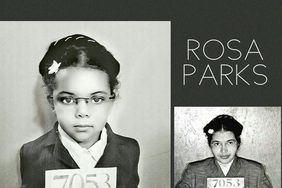 5-Year-Old Channels African-American Icons in Epic Photo Shoot: 'She Kept Looking in the Mirror and Smiling'