A New York judge has ordered Eric Trump to sit for a deposition as part of an upcoming case against his father, President Donald Trump.

On Wednesday, state Supreme Court Judge Arthur F. Engoron ordered Eric, one of the president's five children, to testify under oath as part of a fraud investigation into his family’s real estate business. Eric's testimony is expected to take place prior to the upcoming presidential election.

Eric, 36, previously sought to have his deposition delayed, citing his busy schedule ahead of the Nov. 3 election.

The court ultimately found Eric's application unpersuasive, with the judge responding, “Mr. Trump cites no authority in support of his request, and in any event, neither petitioner, nor this court, is bound by timelines of the national election,” according to the New York Times.

In a statement, the New York Attorney General's office called the order a "major victory" in its ongoing investigation into financial dealings of the Trump Organization.

"Justice and the rule of law prevailed today,” said New York Attorney General Letitia James, in a statement. “We will immediately move to ensure that Donald Trump and the Trump Organization comply with the court’s order and submit financial records related to our investigation. Further, Eric Trump will no longer be able to delay his interview and will be sitting down with investigators in my office no later than October 7."

In his own statement, released after the ruling was announced, Eric said he would sit for the deposition, but called the case a "political vendetta" and attempt to interfere with the upcoming election.

"The New York Attorney General has called my father an 'illegitimate' president and pledged to take him down while she was running for office," he said. "Her actions since demonstrate a continued political vendetta and attempt to interfere with the upcoming election. That said, since I previously agreed to appear for an interview, I will do so as scheduled."

Eric also expressed his displeasure at James on Twitter, writing that the attorney general "violates every ethical rule she was elected to protect." In a separate tweet, he wrote: "Violent crimes are at a historic high in NY, yet the NYAG has plenty of time to tweet out the date for my deposition. #WhatAJoke"

James opened the investigation into the president and the Trump Organization in 2019, after Michael Cohen testified before Congress that the president's annual financial statements inflated the values of his assets — an effort to obtain favorable terms for loans and insurance coverage — while deflating the value of other assets to reduce real estate taxes.

Last month, James publicly announced the investigation, filing a motion to compel the Trump Organization to provide her office with documents and testimony from multiple witnesses, including Eric. As executive vice president of the Trump Organization, Eric "was intimately involved in one or more transactions under review," according to James. 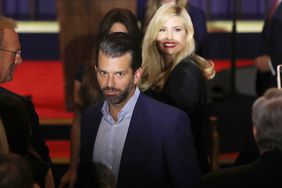 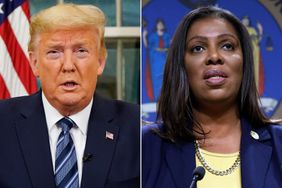