President Donald Trump isn’t just known for his tweets, but also, his manner of tweeting. He’s got a distinct voice, and favorite words that he loves to sprinkle throughout his 140 characters. The word that’s most synonymous with Trump? The label that’s become his go-to insult?

Trump doesn’t hesitate to label something sad. In fact, he says it rather often, in both a serious way (when something actually brings him sorrow) or as an insult (when it’s a synonym for pathetic). By our count, he’s said it 64 times on Twitter alone. These are the people, publications, events and more that have earned the label:

5. One of Bush’s campaign ads.

6. And the fact that Bush didn’t use his last name on his campaign materials.

9. Yet another primary candidate, Marco Rubio.

10. U.S. Senator from Arizona Jeff Flake (who is a Republican).

12. Including the ones who don’t protect him.

13. And this man, who lit his Republican registration form on fire.

15. He also thinks Clinton “playing the women’s card” is sad.

16. As well as her alleged lying at a Democratic primary debate.

17. And that on a day of national tragedy, Hillary Clinton is answering softball questions about her emails.

18. Her husband, former President Bill Clinton is also sad, according to Trump.

20. But one day later, it saddens him to watch Sanders “abandon his revolution.”

24. Also, when he rejected the Keystone Pipeline proposal.

25. And that he missed the funeral of Justice Antonin Scalia.

26. Kathleen Sebelius, the former Secretary of Health and Human Services in the Obama administration.

27. And all the Democrats who allegedly tried to bail out insurance companies from Obamacare.

29. CNN’s gotten a number of shout-outs, as has the “fake news media.”

30. The fake news media has quite a few “sad” mentions.

31. So does the “dishonest and distorted” media.

33. And the National Review.

37. Bill Kristol, the editor of The Weekly Standard.

41. And that his campaign benefits from other candidates leaving the race.

42. Protesters — and the lack of blaming of them by the media.

45. The death of Arnold Palmer.

48. His son, Donald Trump Jr., being accused of colluding with Russia.

49. Really, all of the Russia collusion accusations.

50. The removal of Confederate monuments.

51. That people were injured and one killed in the white supremacist rally in Charlottesville, Virginia.

52. How Putin “toyed” with Obama about Snowden.

56. That only 36 percent of people think America’s best days are yet to come.

57. And the number of American people on food stamps.

59. The end of The Apprentice.

64. And finally, the people who accuse Trump of wearing a wig.

That tweet brought in quite a few Trump insults: Loser, lonely, hater. But first and foremost, as always, is sad. 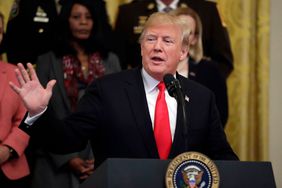 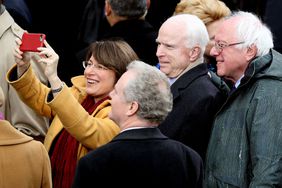