President Donald Trump claims he isn’t “worried” amid news that he will have to stand trial before the Senate in the new year after the House of Representatives voted to impeach him.

“I don’t know about you, but I’m having a good time,” Trump, 73, told supporters onstage at his campaign rally in Battle Creek, Michigan on Wednesday, USA Today and the New York Times reported. “I’m not worried.”

Despite the circumstances, Trump seemed hopeful, explaining that he believes the Republican party is stronger than ever.

“We had 198 to 229. We didn’t lose one Republican vote and three Democrats voted for us,” Trump said in a video aired by NBC. “The Republican party has never been so affronted, but they’ve never been so united as they are right now.”

“Three Democrats went over to our side,” he said. “That’s unheard of.”

“I know the senators, and they’re great guys and women too. We have some great women, great guys. They love this country. They’re going to do the right thing,” Trump said to the crowd.

Trump later boasted about his approval rating, saying, “Have you seen my polls in the last four weeks?” USA Today reported. According to a new Gallup poll, Trump’s current approval rating is at 45 percent.

Trump also tweeted after the impeachment vote, sharing a black-and-white photo of himself with a text overlay that read, “In reality they’re not after me they’re after you.”

Trump had the support of Vice President Mike Pence, who also traveled to Michigan. He explained to the crowd that he too is confident about the trial. “The Republican Senate is going to have their say in January,” Pence said USA Today reported.

Trump was impeached on charges of abuse of power and obstruction of Congress in connection with his Ukraine scandal.

Trump, who has adamantly denied wrongdoing despite testimony otherwise, is only the third president in United States history to be impeached.

Trump will now be tried in the Republican-controlled Senate and a conviction, which would require the votes of nearly two dozen Republican senators, is far from certain. Many conservative lawmakers have said they are reluctant to proceed with a case against Trump, contending his impeachment amounts to a revenge scheme by liberals following the 2016 election.

As has become habit, Trump live-tweeted Wednesday’s proceedings in the House. This week, the White House also released an open letter from the president blasting impeachment.

The Senate trial is expected in early January.

Reports last week indicated that Republicans there were hoping to quickly acquit the president and move on.

A U.S. president has never been removed from office via impeachment. Both Presidents Andrew Johnson and Bill Clinton were impeached, but were later acquitted in the Senate. President Richard Nixon resigned before he could be impeached and face trial over the Watergate scandal.

Investigators say President Trump withheld some $400 million in military aid from Ukraine while he pushed Ukraine’s president, Volodymyr Zelensky, to dig into former Vice President Joe Biden and Biden’s family as well as probe a conspiracy theory about the 2016 election.

Vice President Biden is the leading candidate to challenge Trump in 2020.

Trump’s behavior toward Ukraine — which he insists was “perfect” — became public following an anonymous whistleblower complaint within the federal government.

There have been regular calls from liberals for Trump’s impeachment throughout his presidency, largely surrounding the investigation into Trump’s ties to Russia and Russian interference in the 2016 election. (Robert Mueller’s investigation did not find a conspiracy between the president and Russia.) 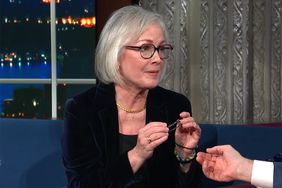 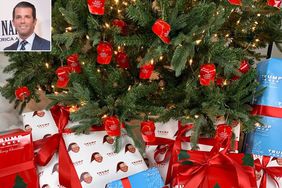 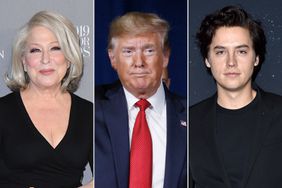 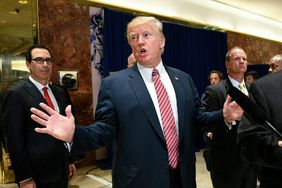 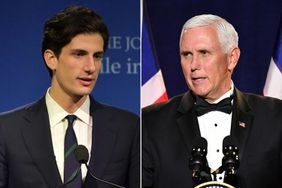