Trump Refuses to Condemn White Supremacy, Instead Telling Far-Right Group: 'Stand Back and Stand By'

"Proud Boys, stand back and stand by," Trump said. "But I'll tell you what: Somebody's got to do something about Antifa and the left, because this is not a right-wing problem"

Donald Trump would not condemn white supremacy during the presidential debate Tuesday night, arguing the problem was not really with his supporters.

As Trump and Democratic nominee Joe Biden faced off in the first presidential debate of 2020, one of the most-discussed points of the night saw Trump pushing back on moderator Chris Wallace's question about on white supremacy.

Wallace asked if Trump, who is running a campaign on a ″law and order" message, would be ″willing tonight to condemn white supremacists and militia groups and to say that they need to stand down and not add to the violence in a number of big cities as we saw in Kenosha and as we've seen in Portland."

The Fox News host was referring to destruction and violence in Wisconsin and Oregon, respectively, in which protestors clashed with law enforcement and right-wing groups who said they were motivated to respond to the original demonstrators.

In Kenosha, according to authorities, an armed teenager traveled from nearby Illinois with a gun and killed two people at a protest.

During Tuesday's debate, Wallace was drawing a contrast between Trump, 77, and Biden, 74, since Trump has repeatedly claimed Biden has not sufficiently denounced violence amid the national unrest.

″I would say, almost everything I see is from the left wing — not from the right wing,″ Trump answered Wallace.

″I'm willing to do anything, I want peace,″ the president said.

Biden Snips at Trump for Talking Over Him as They Spar at Debate: 'Will You Shut Up, Man?'

″What do you want to call 'em? Give me a name,″ Trump said, continuing: ″Who would you like me to condemn?″

Trump said: ″Proud Boys, stand back and stand by. But I'll tell you what: Somebody’s got to do something about Antifa and the left, because this is not a right-wing problem," Trump added, pointing back to a loosely organized collection of left-wing groups.

The president's answer was widely seized upon among debate viewers on social media.

New York Times reporter Mike Baker soon noted on Twitter that, that in response to Trump's comment, Proud Boys members were ″ecstatic tonight″ as they interpreted his remark as supportive and not a denunciation.

Responding on stage, Biden pointed out that the FBI director, Christopher Wray, said earlier this month that Antifa is "more of an ideology than an organization.″

Elsewhere in the debate, Biden said the Trump ″only ever wants to do is divide people, not unite people at all″ and called him a racist.

The First Presidential Debate Is Live: The Highlights (So Far) as Biden and Trump Go Head-to-Head

″This is a president who has used everything as a dog whistle to try to generate racist hatred, racist division,″ Biden said.

When asked about his administration's decision to end racial sensitivity training earlier this month, Trump said that the trainings included ″sick ideas.″

″If you were a certain person, you had no status in life. It was sort of a reversal,″ he said. ″And if you look at the people, we were paying people hundreds of thousands of dollars to teach very bad ideas and frankly, very sick ideas.″ 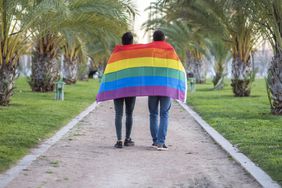 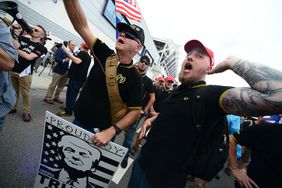 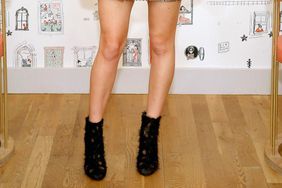 Jennifer Lawrence Clarifies Her Voting Record, Says She's 'Proud' to Be a Democrat 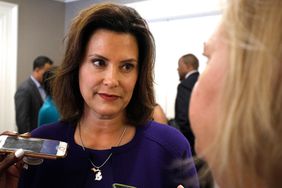 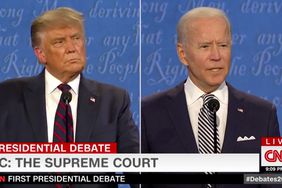 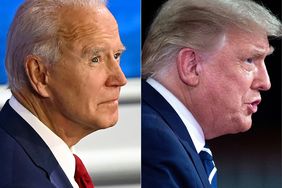 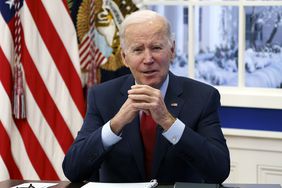 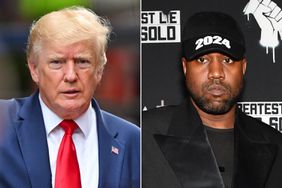