A new Vanity Fair article that describes a leaked a copy of President Donald Trump‘s ’90s prenuptial agreement with ex-wife Marla Maples is again putting a spotlight on Trump’s secrecy around his finances.

In what has become a political flashpoint since his 2015 announcement that he would run for president, Trump has steadfastly refused to release his tax returns and is preparing for a legal battle against Congress on the matter.

In its story last Tuesday, Vanity Fair noted “extremely optimistic values” for Trump’s real estate in the 1993 prenup, in which he asserted he was worth $1.17 billion, including two properties that had only recently gone bankrupt.

However, his accounting firm noted along with the document, “We have not audited or reviewed [the valuations].”

The document also adds a new chapter to what had once been a headline-making romance turned headline-making divorce and, eventually, an amicable split. The prenup reportedly shows that Trump agreed to pay Maples just $1 million “if they separated within five years, plus another $1 million to buy a house.”

By contrast his first wife, Ivana Trump, received more than $25 million in cash and assets after a salacious divorce battle in the court and press, according to the PEOPLE archives.

Maples’ prenup reportedly also stipulated that Trump would pay child support for their daughter, Tiffany Trump, until she was 21 but would stop if Tiffany ever did one of three things: become employed full-time, join the military or join the Peace Corps.

Maples and Trump wed in December 1993, two months after she gave birth to Tiffany. But the couple split within five years, in May 1997. (They finalized their divorce in 1999.)

“We differed on how we looked at the world and how we wanted to raise our child,” Maples told PEOPLE in 2016.

Following the divorce, Maples retreated to the West Coast to raise Tiffany in the late ’90s and aughts.

“I was doing things in more New Age, spiritual, philanthropic worlds than right out front, so I could really stay centered with my daughter, being the greatest unplanned surprise of all and raising her as a single mom in California,” Maples told PEOPLE three years ago.

“Yes, her daddy is a good provider with colleges, with school, education and such — but as far as time it was just me,” Maples continued, “and so that was the most important thing is that I could always be the one there for her at the end of the day, the beginning of the day.”

Neither the White House nor a Trump Organization spokeswoman responded to requests for comment on the reported prenup.

A model-turned-actress, Maples and Trump first met at a 1985 celebrity tennis tournament and the two began an notorious relationship while he was still married to Ivana, the mother of his three eldest children.

Their relationship was tumultuous in the years afterward but they reconciled by the early ’90s, and in the spring of ’93 they announced that Maples was pregnant.

‘I didn’t want to get married before. But now there’s a new wrinkle,” Trump said then, according to a previous PEOPLE report.

“‘The truth is, I hate the concept of a prenuptial contract, but that doesn’t mean it’s not necessary,” he said. ”It’s for my own peace of mind.”

As one celebrity divorce attorney told PEOPLE at the time: “I can’t think of greater coercion than a woman having a baby in her belly and a man saying to her, ‘I won’t marry you unless you sign.’ What’s she supposed to do? If he handed her a laundry ticket, she’d probably sign it.”

A few months after the couple’s Plaza Hotel wedding, Maples told Vanity Fair the prenup was “the big battle all along” but that she acquiesced with the belief she and her new husband would revisit the issue in the future.

“There’s a lot of factors involved here. We basically came to an agreement that for the first few years we would agree on something and then tear it up,” she said then. “So, that way, I feel that we have what he needs right now for his business. And then, in five years, I have what I need for a true marriage.”

Following their split, as PEOPLE reported in 2016, Maples auctioned off her engagement ring and other items to generate funds.

“People saying, ‘He takes care of her’ — that’s not true,” Maples said then “I feel very blessed for how my life is, but I do have to laugh when people think I walked away with a fortune.” (Trump responded at the time, in part, “I’ve been very generous to Marla.”)

Maples, who competed on Dancing with the Stars in 2016, is returning to her acting roots this year, as she’ll appear in HBO’s upcoming series The Righteous Gemstones. 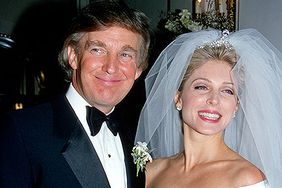 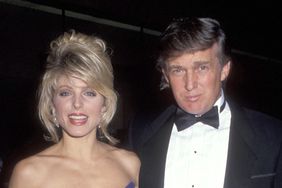 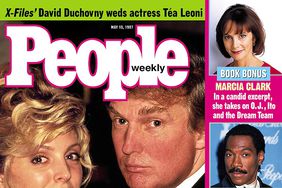