Donald Trump Jr. and Kimberly Guilfoyle's apparent first getaway as a couple comes as his father deals with the fallout from his disastrous "zero-tolerance" immigration policy

After President Trump‘s eldest son and political surrogate shared a photo of him and Guilfoyle posing with rocker Bret Michaels following a Poison concert in Long Island, New York, on Thursday, they seemed very much a couple as they headed to Montana for a weekend of fishing.

“Great time floating the Stillwater River yesterday in MT with @kimberlyguilfoyle,” Trump Jr., 40, captioned a series of photos from the fishing trip. “It doesn’t get prettier than this. What a way to spend a weekend. #fishing #flyfishing #montana #mt#outdoors.”

The Fox News host, 49, also shared some snaps from the vacation, including a number of selfies and a shot of the pair posing with a fish.

“Amazing weekend in Montana with @donaldjtrumpjr here are some shots from our trip to the Stillwater River which we floated for the day on Saturday. 🇺🇸🇺🇸,” she wrote, adding the hashtags #flyfishing, #fishing, #weekend, #outdoors and #montana.

But their apparent first getaway as a couple comes amid a time of intense turmoil in the White House, as the president deals with the fallout from his disastrous “zero-tolerance” immigration policy.

Since April, when the Trump administration rolled out the controversial policy — which prosecutes undocumented immigrants who cross the border between the U.S. and Mexico — more than 2,300 children have been separated from their parents.

On Wednesday, after facing extreme public pressure, the president did an about-face, signing an executive order reversing his administration’s policy of separating children from their parents when they illegally cross the border.

According to a recent poll from FiveThirtyEight, which aggregated polls from CBS News, CNN, Quinnipiac and IPSOS, about two-thirds of Americans oppose the separation policy. However, according to an aggregate of polls by RealClearPolitics, the president’s overall approval rating is near 43 percent.

Now, amid chaos at the border, the U.S. government is scrambling to reunite the families that remain separated because of Trump’s policy — a process that could take months.

“Always great to be back in the state especially if I get to go fishing afterwards,” the president’s son captioned an Instagram post. “The #maga movement is strong here and we plan on making it stronger by getting Matt Rosendale, someone who will actually help @realdonaldtrump, into office.”

During his speech, Trump Jr. reportedly gave his new girlfriend a shout-out.

“Just as everyone else thanks their significant others, I got to thank Kimberly for coming out here. We’re going to take her fishing tomorrow, then shooting,” he said, according to Vanity Fair. “This is a miniature test to see if she really likes it, or if she’s going to pretend to like it, but either way we’re going to have a good time — or at least I will.”

Donald Trump Jr. Brings Kimberly Guilfoyle to White House for July 4th as He Shares Odd Images of His Dad 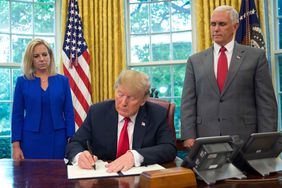 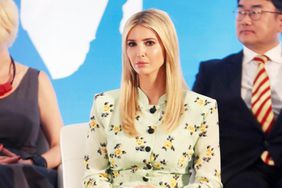 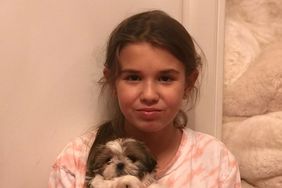 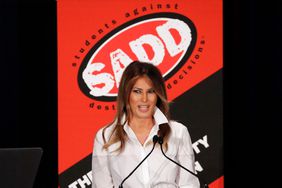 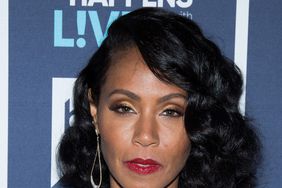