The incident has reignited the mix of politics and family in Trump's White House, where Ivanka and her husband Jared Kushner serve as advisers

President Donald Trump took to Twitter early Monday to defend his daughter Ivanka for temporarily sitting in for him at a meeting about “Partnership with Africa, Migration and Health” at the G20 summit over the weekend — by attacking Chelsea Clinton.

“When I left Conference Room for short meetings with Japan and other countries, I asked Ivanka to hold seat. Very standard. Angela M agrees!” Trump tweeted, referring to German Chancellor Angela Merkel. (“Ivanka Trump belonged to the American delegation, so that is in line with what other delegations do. And it is known that she works at the White House and carries responsibility for certain initiatives,” is what Merkel said on Saturday.)

Trump, on Monday, continued: “If Chelsea Clinton were asked to hold the seat for her mother,as her mother gave our country away, the Fake News would say CHELSEA FOR PRES!”

The former first daughter was quick with a response.

“Good morning Mr. President. It would never have occurred to my mother or my father to ask me,” Clinton, 37, wrote. “Were you giving our country away? Hoping not.”

The incident reignited the mix of politics and family in Trump’s White House, where Ivanka and her husband Jared Kushner serve as advisers. Former NATO Ambassador Nicholas Burns told The Washington Post that the secretary of state would normally step in for the president in cases such as the G-20 summit.

“Authority is not conferred upon family members because of the president’s position,” he added.

“Yes, it stuck out,” said a senior European official who took part in the G-20 talks and spoke to The Washington Post on the condition of anonymity. “The very fact that his daughter is senior adviser smacks of the kind of nepotism not seen since John F. Kennedy named Robert F. Kennedy as attorney general.” 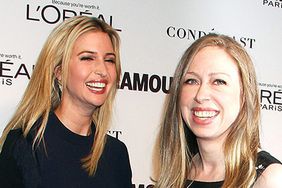 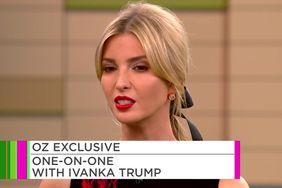 Ivanka Trump Says She Has No 'Obligation to Moderate' Her Father: 'I'm Not the Decision Maker' 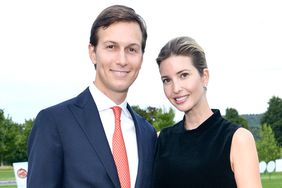