Speaking from the White House, he slashed back at his opponents with TV cameras watching

The reality TV president got the star treatment on Thursday, entering the East Room of the White House to a standing ovation and “Hail to the Chief” playing loudly as hundreds of cameras flashed moments before he launched into a self-described celebratory speech following his acquittal on Wednesday in his impeachment trial.

“This is not really a news conference or a speech, it’s not anything. It’s more of a celebration,” said a visibly pleased Donald Trump. Speaking without a teleprompter, he seemed to relish in his freedom from impeachment’s shadow and the ability to slash back at his opponents with cameras watching closely. “We went through hell, unfairly. We did nothing wrong.”

Trump was acquitted in the Republican-controlled Senate on Wednesday by a 52-48 vote on an allegation of abuse of power and 53-47 on a charge of obstruction of Congress charge in connection with his Ukraine scandal.

The Democratic House of Representatives impeached the president in mid-December on those charges after investigations found he had withheld nearly $400 in military aid to Ukraine while pressuring the country to dig up political dirt on former Vice President Joe Biden, a political rival.

At the trial, Democrats said Trump betrayed the Constitution in essentially trying to bribe a foreign government to interfere with an election — and they warned that, if found not guilty, he would be emboldened in the future.

But Republicans, who offered shifting defenses of Trump, never warmed to what they said amounted to a revenge scheme by liberals.

In his first official remarks since the acquittal, Trump on Thursday repeated his claim that the impeachment was a “witch hunt” perpetrated by “bad people,” “dirty cops” and “liars” who sought solely to boot him from office.

“It was Russia, Russia, Russia — it was all b——-t,” Trump said, comparing the Republican campaign to clear him of the impeachment charges as a “battle” and a “war.”

What’s Next After Donald Trump’s Impeachment Acquittal — for Him and the Democrats?

Wednesday’s acquittal vote was unsurprising — though Utah Sen. Mitt Romney‘s decision to break ranks with his conservative colleagues and vote “guilty” on the abuse of power charge was a blow to Republican unity.

The president blasted both Romney and Democrats, including House Speaker Nancy Pelosi, who led the impeachment investigation. He was speaking in front of a room filled with reporters and with members of his administration looking on.

Senate Majority Leader Mitch McConnell — who sat in the front row, directly in front of the president’s podium — categorized the Senate verdict as a “political victory” for the Republicans in his closing remarks Wednesday, while Trump did nothing short of flaunt that sentiment Thursday.

“Mitch McConnell, I want to tell you, you did a fantastic job,” Trump said before McConnell received a raucous ovation and stood, thanking the crowd. “This guy is great. I appreciate it, Mitch.”

The president’s legal team — Pat Cipollone, Jay Sekulow, Pam Bondi and Patrick Philbin — also got a standing ovation as they walked in before Trump.

With his guilty vote on Wednesday, Romney, who was the Republican presidential nominee before Trump, became the first senator in American history to vote to remove his own party’s president in an impeachment trial.

“I believe that attempting to corrupt an election to maintain power is about as egregious an assault on the Constitution as can be made and for that reason, it is a high crime and misdemeanor,” Romney said Wednesday, explaining his choice. “I have no choice under the oath that I took but to express that conclusion.”

Trump’s base went on the attack after the Utah senator cast his vote to convict the president of abuse of power (Romney did vote “not guilty” on charges of obstruction of Congress). The president’s oldest son, Donald Trump Jr. called for him to be “expelled” from the Republican Party. In a vulgar meme, he also called Romney a “p—-.”

“Mitt Romney is forever bitter that he will never be POTUS,” Don Jr. wrote. “He was too weak to beat the Democrats then so he’s joining them now. He’s now officially a member of the resistance & should be expelled from the @GOP.”

“I’m sorry about Mitt Romney,” President Trump said Thursday at the White House. “We can say that Mike Lee is by far the most popular senator from the state.”

Earlier Thursday, Trump had blasted the impeachment trial as a great tribulation to him, his presidency and his family. At the National Prayer Breakfast that morning, the president said he, his family and the country had “been put through a terrible ordeal by some very dishonest and corrupt people.”

“I don’t like people who use their faith as justification for doing what they know is wrong,” he said, jabbing at Romney’s Senate speech citing his religion as motivating him to vote guilty.

Later, Pelosi told the press, “I thought what he said about Sen. Romney was particularly without class. It’s so inappropriate at a prayer breakfast.”

Democrats have signaled that Trump’s acquittal wouldn’t stop their efforts to investigate him and Ukraine.

Rep. Jerry Nadler, who was a leading lawmaker in the impeachment investigation as the House Judiciary Committee chairman, said earlier this week he would “likely” subpoena former National Security Advisor John Bolton — a Trump official who has reportedly claimed to corroborate the Democrats’ case.

“I think it’s likely, yes,” Nadler told reporters Wednesday when asked if he would subpoena Bolton. “When you have a lawless president, you have to bring that to the fore, you have to spotlight that, you have to protect the Constitution despite the political consequences.” 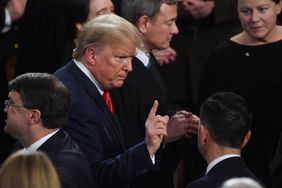 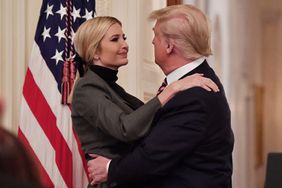 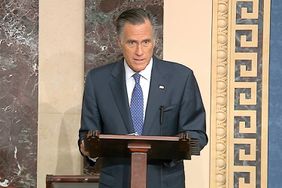 Republican Governor Says He Doesn't Believe Trump 'Should Be in Office' 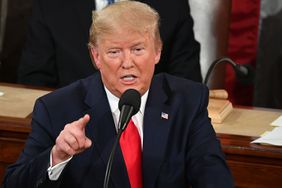 Satisfaction, Sarcasm and Dismay: Reactions After Trump Was Acquitted in Impeachment Trial 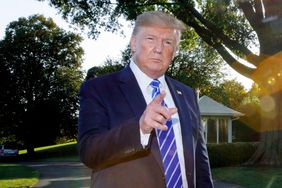 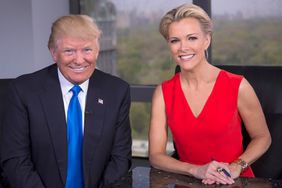