"It's going to be a very hard thing to concede," he told reporters on Thursday about making way for President-elect Joe Biden

Speaking with reporters on Thursday, President Donald Trump continued to claim election fraud without evidence even as he belatedly confirmed what has been obvious for weeks: He will have to leave the White House in January, after President-elect Joe Biden's win is reaffirmed by the Electoral College on Dec. 14.

During an event Thursday afternoon to teleconference with service-members, Trump, 74, took some questions from the press, including about whether he will in fact leave office after refusing to accept the results of the election earlier this month.

He snapped at the first journalist but told the second, "Certainly I will, and you know that."

It was a reversal in tone: In September, for example, Trump refused to commit to a peaceful transfer of power because he felt "the ballots are a disaster" and he has suggested the election would make its way to the Supreme Court, who would side with him.

Trump and his campaign have since doubled and then tripled down on his allegations the Nov. 3 election was stolen, though his lawsuits have been unsuccessful in court and local officials across the country have said they have not found widespread fraud.

More and more states have been certifying their results, even as Trump tried to delay them from doing so in the hopes that Republican lawmakers in key states would intervene — a strikingly undemocratic strategy.

Certification essentially prevents future challenges between now and when the Electoral College votes on Biden or Trump in December, which is a formality that has become much-watched as Trump contests his loss.

"It's going to be a very hard thing to concede because we know there was massive fraud," he said on Thursday, according to CNN, continuing to spread distrust in the election results by spouting baseless claims that he actually beat Biden.

"As to whether or not we can get this apparatus moving quickly because time isn't on our side — everything else is on our side, facts are on our side, this was a massive fraud," he insisted.

At one point, when a reporter pushed back on Trump, he said while wagging his finger in admonishment: “Don’t talk to me that way ... I’m the president of the United States. Don’t ever talk to the president that way.”

This is the first time Trump took questions from reporters since Biden, 78, won the 2020 election, with the Democrat officially becoming the first presidential candidate to receive more than 80 million votes in a U.S. election. (Trump is the second-highest candidate, with some 74 million votes.)

On Friday, Trump tweeted that Biden's 80-plus million votes were "ridiculous," claiming instead that "we won by a lot."

Though Trump doesn't actually have the authority to stay in the Oval Office, he has raised eyebrows for his previous comments about refusing to accept the outcome. His continued resistance also raised the remote possibility of some kind of debacle, in which Biden was sworn in in January but Trump physically remained at the White House.

On Election Day, Trump told reporters that "winning is easy, losing is never easy — not for me it’s not."

And while he is not widely expected to ever formally concede, he is being less intransigent with time. Earlier this week, his administration began assisting Biden’s White House transition team after weeks of delay.

Emily Murphy, the administrator of the federal General Services Administration, gave her approval Monday, delivering paperwork that granted Biden's team access to necessary government permissions and $6.3 million to help the process along.

“The election is over,” Biden tweeted Tuesday morning. “It’s time to put aside the partisanship and the rhetoric designed to demonize one another. We have to come together.”

Biden told NBC News' Lester Holt in an interview later that day that the transition so far between his team and Trump's had been "sincere" and that it "has not been begrudging so far and I don't expect it to be."

Trump’s legal challenges involving election fraud failed to uncover any meaningful issues in any states. Some of his allies, like former New Jersey Gov. Chris Christie, have called his attorneys' recent conduct a “national embarrassment.”

Trump also tweeted Monday that he was personally “recommending” Murphy go forward with approving the transition process. Nonetheless, he tweeted that "we will keep up the good fight."

Hours after that, seemingly responding to the news that the Biden transition was fully underway, Trump tweeted again to say that he would not be conceding.

A similar pattern repeated this week: After telling reporters Thursday that he would leave office when the Electoral College chose Biden, Trump tweeted to complain that the press was focusing on the wrong part of his message.

"Primary point made was that the 2020 Election was RIGGED," he wrote, with emphasis but no proof, "and that I WON!" 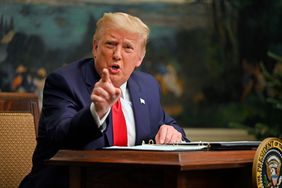 Donald Trump Snaps at Reporter: 'Don't Ever Speak to the President That Way' 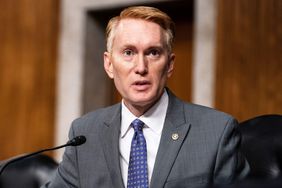 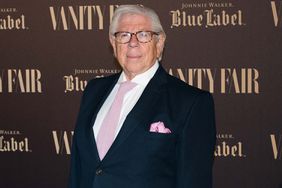 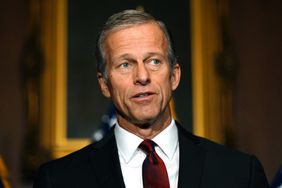 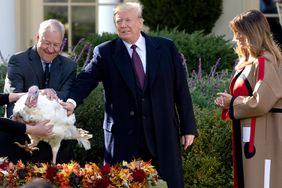