President Donald Trump and First Lady Melania Trump observed a moment of silence at the White House on Monday to mark the 16th anniversary of the Sept. 11, 2001 terrorist attacks

President Donald Trump and First Lady Melania Trump observed a moment of silence at the White House on Monday to mark the 16th anniversary of the Sept. 11, 2001 terrorist attacks.

The first couple held their hands over their hearts as they stood stoically on the South Lawn for the 8:46 a.m. moment of silence honoring the exact time the first hijacked plane crashed into the north tower of the World Trade Center in Manhattan.

The president and first lady were joined by several White House staffers, including Trump’s daughter Ivanka Trump and her husband, Jared Kushner, both of whom serve as advisers to the president.

Trump later gave remarks in a ceremony at the Pentagon, paying tribute to those who were killed there on 9/11.

“Our values will endure. Our people will thrive,” said Trump, who was joined by the first lady, Defense Secretary James Mattis and Joint Chiefs Chairman Gen. Joseph Dunford for the ceremony. “Our nation will prevail and the memory of our loved ones will never, ever die.”

“The terrorists who attacked us thought they could incite fear and weaken our spirit but America cannot be intimidated,” Trump continued. “And those who try will soon join the long list of vanquished enemies who dared to test our mettle.”

Other prominent politicians, including former Presidents Barack Obama, George W. Bush and Bill Clinton, took to social media to pay tribute to the nearly 3,000 Americans who were killed in the 9/11 attacks in New York, Arlington, Virginia, and Shanksville, Pennsylvania, as well as their families and first responders.

Vice President Mike Pence will attend a ceremony later on Monday in Shanksville, Pennyslvania, where a second hijacked plane crashed into a field on 9/11. 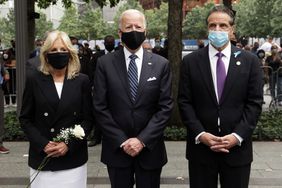 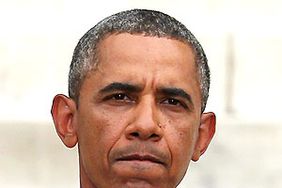 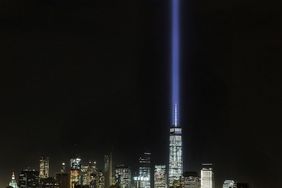 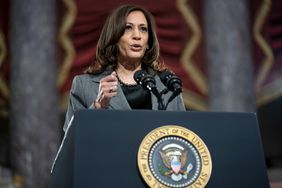