"Don't bring them in," one prosecutor wrote in a note. "Won't give amnesty to people with kids"

Trump administration officials have denied that they systematically carried out a policy of separating migrant children — including infants and toddlers — from their parents or adult family members who had arrived at the southern border to enter the country illegally.

But a draft of a forthcoming report by the Justice Department's internal watchdog, obtained by The New York Times and NBC News, indicates they were not telling the truth.

In May 2018, public outcry immediately began to grow over President Donald Trump's newly announced "zero tolerance" policy of seeking federal prosecutions for all migrants who illegally cross into the U.S., which is a misdemeanor, rather than seeking immigration proceedings against them.

Around the same time, five federal prosecutors stated they were "deeply concerned" about the practice of family separation and tried to push back against the order, reports the Times, citing the draft from the Justice Department's inspector general.

Then-Attorney General Jeff Sessions conveyed a message to the prosecutors from Trump: "We need to take away children," Sessions said, according the draft of the report as described by the Times.

The paper further reports that one prosecutor scribbled this note: “If care about kids, don’t bring them in. Won’t give amnesty to people with kids.”

A week later, according to the Times, Rod Rosenstein, then the deputy attorney general, had a call with the same prosecutors in which he "went even further in a second call about a week later, telling the five prosecutors that it did not matter how young the children were. He said government lawyers should not have refused to prosecute the two cases simply because the children were barely more than infants."

NBC News reported that, according to the draft report, a federal prosecutor told his colleagues at one point that Rosenstein also said "per the [attorney general's] policy, should NOT be categorically declining immigration prosecutions of adults in family units because of the age of a child."

By that June, some medical experts were calling the separations "child abuse" while the United Nations declared the practice was illegal, violating the children's human rights.

On June 17, 2018, then-Homeland Security Secretary Kirstjen Nielsen, who has largely borne the blame for the policy, falsely tweeted: “We do not have a policy of separating families at the border. Period.”

The draft of the watchdog report not only refutes this, it undercuts Sessions' previous public comments that the Justice Department was not so directly involved in the separation policy and was more focused on prosecutions.

Rather, the inspector general found that Justice officials "were aware that full implementation of the zero-tolerance policy would result in criminal referrals by [the Department of Homeland Security] of adults who enter the country illegally with children and that the prosecution of these family-unit adults would result in children being separated from families," according to the Times.

The paper reports that various government officials viewed the separation policy as a successful deterrent of the migrants Trump had campaigned against stopping.

The policy, in place until a federal judge ordered the end of the practice on June 26, 2018, resulted in the separation of more than 4,200 children since 2017, according to the ACLU, which has filed lawsuits to stop family separations.

The youngest child was 4 months old, according to the Times.

The inspector general's draft report described the Justice Department as having a "single-minded focus on increasing prosecutions" which "came at the expense of careful and effective implementation of the policy, especially with regard to prosecution of family-unit adults and the resulting child separations," according to the Times.

A Justice Department spokeswoman said in a statement that the draft being reported on "contains numerous factual errors and inaccuracies" but was not more specific.

The spokeswoman also shifted scrutiny back to border officials under Homeland Security.

"Decisions about which aliens to arrest and refer for prosecution were made by the Department of Homeland Security ... while DOJ is responsible for the prosecutions of defendants, it had no role in tracking or providing custodial care to the children of defendants," she said. "Finally, both the timing and misleading content of this leak raise troubling questions about the motivations of those responsible for it.”

Sessions declined to speak with the inspector general, though Rosenstein did, according to the Times. In a statement to the paper, Rosenstein insisted that he had "never ordered anyone to prosecute a case.”

“If any United States attorney ever charged a defendant they did not personally believe warranted prosecution, they violated their oath of office,” he said.

According to the Times, the timeline for the watchdog report's release is unclear and it "could change," though the inspector general "had been preparing to release his report since late summer."

President Trump, who campaigned on limiting both legal and illegal immigration, made the border prosecutions and resulting separations a key and widely controversial part of fulfilling that promise — drawing international backlash.

One government prosecutor, according to the Times, wrote to his supervisors of a pilot program at the border in 2017, predating the more official family separations: “We have now heard of us taking breastfeeding defendant moms away from their infants. I did not believe this until I looked at the duty log.”

Additionally the Times reported that, according to the draft report, a Texas prosecutor told Justice Department officials in 2018 that due to the focus on detaining and prosecuting migrants, Border Patrol missed more serious criminal cases and "sex offenders were released" as a result. 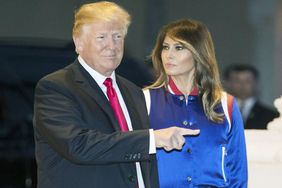 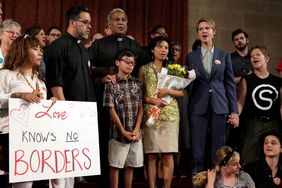