"They got into a back and forth about 'Jewish space lasers,' " Maryland Rep. Jamie Raskin told reporters after the altercation — as Greene says she was criticizing the Capitol riot investigation "witch hunt"

Divisive Georgia lawmaker Marjorie Taylor Greene is again raising eyebrows for her behavior after getting into a verbal sparring match with fellow Republican Liz Cheney on the floor of the House of Representatives on Thursday.

CNN and The Hill report that the confrontation occurred during the vote to hold Trump ally Steve Bannon in contempt for failing to appear before a committee investigating the Jan. 6 Capitol riots.

According to CNN, Greene, 47, could be heard speaking in a raised voice to Cheney, 55, and Maryland Democrat Jamie Raskin, both of whom voted to impeach former President Donald Trump for his role in supporting the rioters.

"This is a joke," said Greene, a fierce ally of Trump, later telling Raskin: "Why don't you care about the American people?"

Raskin, 58, replied to Greene: "You represent the American people."

Cheney, meanwhile, responded to Greene by calling her a "joke" and referencing to a 2018 comment Greene made about "Jewish space lasers."

CNN reports that Greene yelled "I never said that!" when Cheney mentioned the lasers.

Speaking to reporters after the vote, Raskin summed up the interaction: "What [Greene] said to me was, 'When are you going to do your investigation of the violence surrounding Black Lives Matter?' And I said, 'Like with Kyle Rittenhouse who went and killed two Black Lives Matter protesters? I'm sure there will be an opportunity for us to get to that.' "

Raskin continued, according to reports: "I was just talking to Ms. Cheney and then she [Greene] started screaming," adding: "I can't remember exactly what she said. But they got into a back and forth about 'Jewish space lasers.' "

In a statement to PEOPLE, Greene said she was criticizing the Capitol riot investigation, which she denounced as a "witch hunt."

"Democrat Liz Cheney and Russia hoaxer Adam Schiff were giggling together and patting each other on the back in the well of the House. I had to let them know that their [Jan. 6] witch hunt committee is an absolute joke," she said.

"Congress only cares about Congress," she continued, arguing that there should be more focus on alleged "ANTIFA domestic terrorists." The investigation, she claimed, was "to punish their political enemies: the American People."

No stranger to controversy, Greene often makes headlines for her use of social media and for publicly arguing with those who share different views.

In July, Greene was temporarily suspended from Twitter after falsely claiming in one post that COVID-19 is "not dangerous for non-obese people and those under 65" and in another post likening the vaccine rollout to "human experimentation."

Greene also regularly quarrels with Rep. Alexandria Ocasio-Cortez, a New York Democrat and frequent critic of Trump and the Republican Party. The two have clashed face-to-face several times since Greene took office in January, including an incident at the Capitol in May where Green "aggressively" berated Ocasio-Cortez, 31, in front of reporters, according to The Washington Post.

Before being elected to Congress, Greene was filmed publicly badgering a teenage school shooting survivor.

In one video reportedly filmed in 2019 Greene can be seen following David Hogg, a survivor of the 2018 mass shooting in Parkland, Florida, who later became an activist for gun violence reform, as he walks outside near the Capitol.

In the video, Greene calls Hogg a "coward" and falsely accuses him of being funded by liberal donors.

Another video filmed at an unclear date, which appears to be taken inside a government office building, shows Greene following Hogg and asking if he "really thinks red flag gun laws" will prevent mass shootings.

Hogg, now 20, does not engage with Greene in the footage. 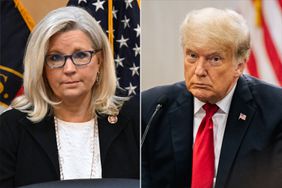 Conservative Rep. Liz Cheney Wants Trump Prosecuted for Role in Jan. 6 Attack: 'Are We a Nation of Laws?' 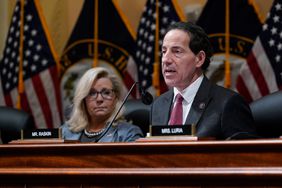 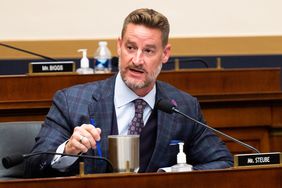 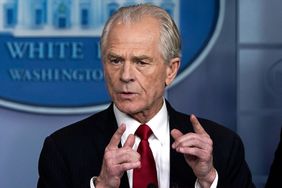 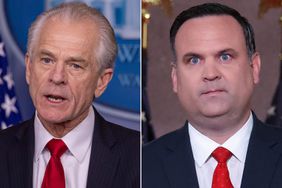