President Donald Trump has called on his political allies and the courts to back his allegations of voter fraud — for which he has not offered proof — in the wake of his recent election loss to President-elect Joe Biden.

Meanwhile, the phone bank his campaign set up to track down such incidents has gotten some very different kinds of calls.

Social media users and comedians alike have been flooding the Trump voter fraud hotline with prank calls since the president's staffers launched the effort following their boss' defeat to Biden.

Trump campaign spokesman Tim Murtaugh tells PEOPLE that the phone line has been “proving to be very effective.” (This despite no verifiable widespread voter fraud, as the president alleges.)

At the same moment the campaign gave its statement, comedians streaming live online via Twitch were cackling and repeatedly placing fake calls on the line. ("To those who have spammed our other numbers: it's shameful that you don't think it's important to have integrity in our elections," Trump's daughter-in-law Lara posted on Facebook recently, adding, "Keep spamming. We will keep changing the number.")

Some of the pranksters, like writer and actor Anthony Atamanuik, have managed to log illegitimate — and outlandish — voter claims in the process, though they've mostly been scolded by campaign workers who then hang up.

Atamanuik, a comedian who impersonated Trump, 74, on Comedy Central's The President’s Show in 2017-18, has been making calls to the campaign’s phone line with hundreds watching his daily Coffee With Tony each morning on Twitch.

“It’s been part catharsis, part political action, and part comedy,” Atamanuik, 46, told PEOPLE after he went off the air Tuesday. “I also wanted to sort of get a vibe for what exactly they were doing.”

Atamanuik — who has appeared on 30 Rock, Broad City and as himself on Andy Cohen’s Watch What Happens Live — laughed and said he’s been “overall surprised” at the Trump phone bank's inefficiency so far.

“It’s so reflective of everything that Trump does,” Atamanuik says, wondering why some operators stay on the phone with him so long. “They should be hanging up on me, but they’ve taken my calls multiple times when I'm clearly not serious.”

Indeed, the comedian has made dozens of calls during his show this week and successfully logged one illegitimate complaint with the campaign Tuesday, spinning a wild tale to a patient Trump staffer explaining how he received a “greasy and slippy" ballot that kept forcing his pen to inexplicably fill out the wrong bubbles.

Most calls end with Atamanuik getting hung up on, though some jokes have landed so well with the Trump staffers that operators instead pause his bit so they can put him on speaker phone and have others listen in.

“That actually damages their ability to make more calls,” Atamanuik says, laughing. “My feeling is calling the Trump line is a bit of activism and a way to gum the works up.”

Calls to the phone line have become a trending prank on TikTok, with users recording themselves delivering ridiculous reports of fraud and trying not to laugh.

One user called to report that a red-horned devil had stopped them from voting in Georgia, in a comedic nod to the country classic “The Devil Went Down to Georgia.”

Sportswriter Jeff Pearlman used his call to recite the plot of the 1970s sitcom Diff'rent Strokes while informing the Trump campaign of "something going on that you guys should really know about."

Others have plastered the campaign's comment boxes with the entire script of Jerry Seinfeld’s 2007 Bee Movie.

To the abundance of anti-Trump callers like Atamanuik — who says he plans to continue calling every day on his show this week — announcements like Lara Trump's, slamming the anti-Trump calls, are small victories as the president insists he has not been defeated while his legal challenges continue.

“It’s less about Trump humor as much as it is about being a pain in the a-- to them,” Atamanuik says. “It’s all such a joke.” 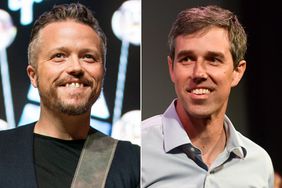