Shortly after the release of the Senate Republican health care bill on Thursday, a group of protesters — some wheelchair-bound or wearing medical devices — were dragged away by police from the hallway outside of Senate Majority Leader Mitch McConnell’s office.

The protesters were members of the national disability rights group ADAPT, who said the controversial health care bill is a direct threat to people with disabilities.

“We are at @SenateMajLdr demanding he stop the attacks on Disabled people’s freedom with #AHCA,” the group wrote on its Twitter page, including a video from the protest that appeared to show police officers carrying away one of the wheelchair-bound protesters.

Other footage shows protesters being removed by police from their wheelchairs and dragged or carried away. The Washington Post reported that several people were arrested during the protest.

“It’s clear that Republicans know that cutting Medicaid will hurt so many people in the middle class, so many in my home state of New York,” Schumer continued. “Republicans know that people want essential health benefits, so they’ve created a disguise by saying these changes won’t occur for a year.”

Schumer was far from the only one to slam the bill. After the closely guarded legislation — which was written entirely behind closed doors — was finally unveiled on Thursday morning, a protest formed outside Senate Majority Leader Mitch McConnell’s office in the Capitol.

House Minority Leader Nancy Pelosi also criticized the bill as a ruse, saying Thursday: This bill “is yet again a tax bill disguised as a health care bill. They need this in order to do their tax breaks for the high end to the tune of hundreds of billions of dollars. It’s unfortunate.”

Many other critics and Democratic leaders took to Twitter to express their anger and frustration.

Schumer also tweeted out a message of warning about the bill, writing: “If you need treatment for opioid addiction, your plan may no longer cover it under #Trumpcare.”

“We live in the wealthiest country on Earth,” he added in a second tweet. “Surely we can do better than what the Republican #healthcarebill promises.” 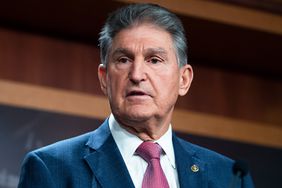