Chris Wallace Asks Lara Trump About Not Wearing Masks at Debate: 'The Rules Didn't Apply to You?'

"Everybody except the president, the vice president and I were supposed to wear masks," Wallace told Trump's daughter-in-law

Fox News host Chris Wallace on Sunday pressed Donald Trump's daughter-in-law on why the first family didn’t wear masks at the first presidential debate, days before Trump announced he was sick with the novel coronavirus.

“Did you think, Lara, that the rules that applied to everybody else in that hall didn’t apply to you?” Wallace, 72, asked senior Trump campaign adviser Lara Trump, 38, during an interview on Fox News Sunday.

Lara, the wife of the president’s son Eric Trump, told the host “of course we didn't think that" and said "we felt like we were being safe" because they wore masks while entering the venue and then took them off while sitting down.

Wallace pushed back and noted the family didn't follow the rules about wearing masks while in the audience.

“The fact is, the rules were, everybody except for the president, the vice president and I, were supposed to wear masks,” he said.

He also cited a widely reported scene about a health official from the clinic offering the Trumps masks before getting waved off.

Lara disputed that that actually happened, claiming instead that the official may have been trying to get someone in their party — but not a family member — to swap out his "Make America Great Again" mask.

She also said that the family had all tested negative before attending the debate. But as the timeline of the White House outbreak later made clear, testing is not an absolute indicator someone is healthy, especially early in an infection.

Less than three days after the Sept. 29 debate, Trump said that he and First Lady Melania Trump had been infected by the virus, though it's still unclear exactly when or how. The president later spent three days in the hospital.

Wallace was subsequently tested himself, given his proximity to the president, but was negative. (Democratic nominee Joe Biden, also on stage for the debate, has since tested negative multiple times as well.)

"The three people on that stage were all 70-plus," Wallace told Fox & Friends the morning the president announced he was sick, before Wallace tested negative. "Obviously, the vice president is 77. The president is 74. I'm 72. We are all in the high-risk factor."

Wallace said then that the new wave of infections was surprising — but so was the entire year.

"I turned to my wife and I said, as I'm sure a lot of us have said, 'It's 2020, because the unthinkable seems to be the next thing around the corner,' " he said on Fox & Friends.

At least 214,711 people have died in the U.S. from the coronavirus disease COVID-19, according to a New York Times tracker, while more than 7.8 million — including the first couple — have been infected.

Masks, which health experts have repeatedly said are a key preventative measure to slow new infections, have become a political flashpoint as the president has repeatedly waffled on encouraging their use. 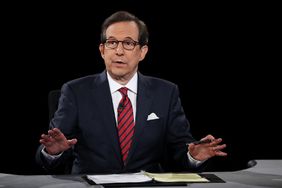 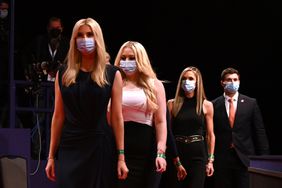 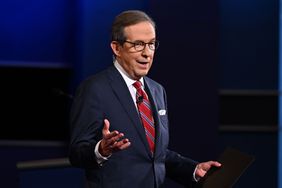 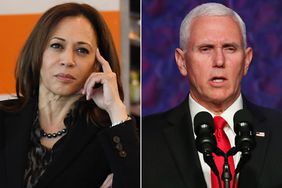 How Trump's COVID-19 Diagnosis Will Affect the Vice Presidential Debate 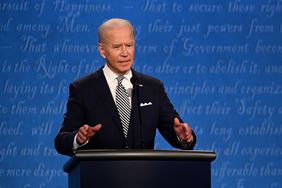 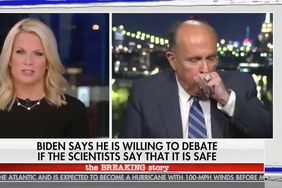 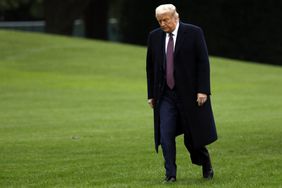 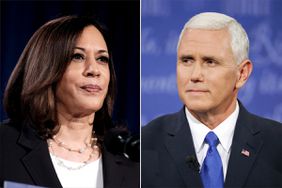 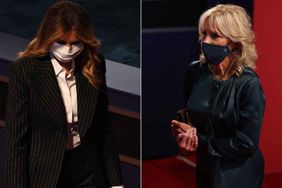