"Nancy's a fighter," Cher says of the speaker of the house, the highest-ranking woman in politics, who is being featured in this year's VH1 Trailblazer Honors

Cher only has nice things to say about Speaker of the House Nancy Pelosi. The rest of the “old white men” who have historically run the government … not so much.

Pelosi, the highest-ranking woman in American politics, is among those featured in this year’s VH1 Trailblazer Honors, airing Friday for International Women’s Day. The Handmaid’s Tale author Margaret Atwood, director Ava DuVernay and activist Tarana Burke, who launched #MeToo, are also being honored.

Along with Cher, Mindy Kaling, Alyssa Milano and Samira Wiley will present. Elle King and Rita Ora will perform.

In an exclusive preview of the special, Cher, 72, gushes over Pelosi, 78, lauding not just her historic elevation in government but her steely temperament and track record.

“Since the day our Founding Fathers signed the Declaration of Independence, our country has been run almost exclusively by old white men. Thankfully because of Nancy and other strong women, this is changing,” says Cher, wearing a truly Cher-tastic, bedazzled black ensemble.

“Nancy’s a fighter, she won’t back down,” Cher says. “She muscled through the Affordable Care Act and she isn’t afraid to go toe-to-toe with a bully and beat him at his own game.”

Cher, who isn’t afraid to get political on social media and has made no secret of her disdain for President Donald Trump, says in the clip that “when I see Trump spew his hatred and tell his gazillion lies, I get pissed off but I also feel really uneasy.”

Since returning to power following decisive Democratic wins in last year’s midterm elections, Pelosi has squared off against the president repeatedly. But she has continued to outmaneuver him — such as with the recent month-long government shutdown over his call for a border wall with Mexico.

At Trump’s State of the Union address last month, Pelosi went viral on social media with a literal clap back to his remarks. 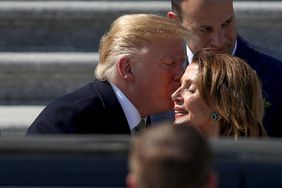 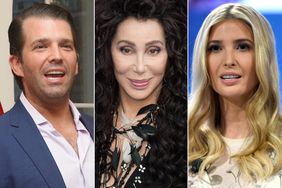 Cher Slams Ivanka and Donald Trump Jr.: 'Not One of Them Worth a Damn' 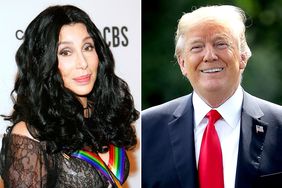 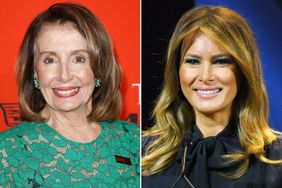