With the Brexit leaders pushed out of the picture, the race to succeed David Camron as prime minister is now between two women: Home Secretary, Theresa May, and Energy Minister, Andrea Leadsom

It’s official – the U.K. will soon have its first female leader since Margaret Thatcher stepped down more than 25 years ago.

The race for prime minister was narrowed down to two on Thursday – British Home Secretary Theresa May and Energy Minister Andrea Leadsom – after a vote among 330 Tory members of Parliament knocked out a third candidate, Justice Secretary Michael Gove. Gove won just 46 votes, while May was on top with 199 votes and Leadsom trailed behind with 84, according to The Washington Post.

Leadsom and May were on opposite sides of the Brexit vote last month, with Leadsom campaigning for the Remain vote and the previousy little-known May supporting the Leave movement.

Since the U.K. voted to leave the European Union on June 23, the country has resembled a modern day Game of Thrones – with all three leading members of the Brexit campaign firmly pushed aside as the campaign to succeed Prime Minister David Cameron heated up.

First to go was wild-haired Brexit poster-boy , who sensationally quit the race last Thurdsay amid claims that he was backstabbed by Gove, a fellow Brexit frontman.

On Monday, right wing political leader Nigel Farage – who did more than anyone to push Britain to the Brexit door – bowed out of politics by resigning as the leader of the U.K. Independence Party (UKIP), citing a need to spend more time with his family and escape the daily grind of politics. (He’s yet to resign from his £100,000 a year job at the European Parliament).

That left Gove as the last Brexit man standing. But while the Justice Minister had hoped to seamlessly swap seats with university friend Cameron, he found himself a distant third in the leadership election for the Conservative party.

Ahead of him stood two fiercely intelligent, successful and hard-nosed women. But just who are Theresa May and Andrea Leadsom? And how do they differ? Here’s a rundown of both politicians and the forces that have helped push them to the front of the Brexit pack – and within touching distance of emulating Margaret Thatcher.

Upbringing: Raised in the pretty market town of Tring, Hertfordshire, by a divorced mother in a terraced house with an outside toilet. “My Mum raised us to believe the world does not owe you a living,” she told the Daily Telegraph about her mother, Judy, adding that she “worked all hours” to support the family while studying to become a nurse. “Over family dinners, the conversation always turned to politics,” Leadsom continued. “I instinctively thought my Mum was right because what you need in life is opportunity – and then you just have to work.”

Unique Selling Point: Leadsom thrived in the male-dominated trading floors of the City of London, rising from a trainee metals trader to the head of U.K. banking at Barclays by the age of 32. She was also part of the Bank of England team that helped stop the 1995 collapse of Barings Bank from infecting the global economy, following the $1.3 billion loss run up by rogue trader Nick Leeson.

Personal struggle: Leadsom was seven months pregnant when she joined the Barclays board and suffered from severe postnatal depression on her return. “I was a senior executive, they wouldn’t let me go part-time,” she told the Daily Mail. “I had two miscarriages, I had a bout of post-natal depression.” She has since dedicated herself to helping new parents bond with their children through the Oxford Parent Infant Project.

Political career: Became Conservative MP for South Northamptonshire in 2010 at the age of 46. She has since been a Government minister for two years (Economic Secretary to the Treasury and Energy Minister).

Brexit or bust?: In 2013, Leadsom told The Hansard Society that Brexit “would be a disaster for our economy” and “lead to a decade of economic and political uncertainty.” She later performed a mental 360 on the back of the findings of the Fresh Start Project – which she instigated to delve into the workings of the European Union – to become one of the most vocal Brexit supporters during the referendum.

“I have three kids. Everything I do is for them,” she recently told the Daily Telegraph. “What are the opportunities they are going to have? I see increasingly shackles if we stay in a EU that is in decline, and I just see the most fabulous opportunities, pushing down the drawbridges to the rest of the world. That is what I want for them.”

Maggie factor: Leadsom is 53 – the exact same age the “Iron Lady” was when she became Conservative leader in 1975.

Key campaign quotes: “I know how to strike a deal in a tough negotiation,” Leadsom said in her candidacy speech, The Washington Post reports. “I know, as a woman, how to succeed in a man’s world and how to fight the unfortunate prejudice that many working mums experience.”

“I believe this nation can become the greatest on earth,” she continued. “Our future is not written until we, the people, write it. As your prime minister my ambition will be to guide our country to the sunlit uplands – a future for our children and grandchildren of aspiration, tolerance and hope.”

Theresa May – The Political Heavyweight

Family: Married banker Philip May in September 1980. The couple first met at an Oxford University disco. “He was good looking and there was an immediate attraction,” May told the Daily Mail. “We danced, though I can’t remember the music.”

Favorite sport: Cricket. Her idol is Geoffrey Boycott, the brilliant but dour English batsman of the 1970s.

Upbringing: May grew up in rural Oxfordshire, as the only child of a Church of England vicar. It is largely as a result of working with her dad that she decided, aged 12, that she wanted to become a politician and started stuffing envelopes at her local Conservative association. Tragically her father, Rev Hubert Brasier, was killed in a car crash in 1981. May’s mother, Zaidee – who suffered from multiple sclerosis – died a year later.

Unique Selling Point: As battle hardened for the tortuous legal, economic, and political negotiations facing the U.K., May – the longest-serving Home Secretary for a century, – refused to extradite computer hacker Gary McKinnon to the U.S., organized the deportation of hate preachers Abu Qatada and Abu Hamza, and declared war on the Police Federation.

Personal struggle: In her most candid interview ever, May spoke about her struggle to have children. “Of course, we were both affected by it,” she said to the Mail. “You see friends who now have grown-up children, but you accept the hand that life deals you.”

Political career: Member of Parliament for Maidenhead since May 1997. From 2002 to 2003 she was the first female Chairman of the Conservative Party and in May 2010 became the second female British Home Secretary in history. May was also Minister for Women & Equalities from 2010 to 2012.

Brexit or bust?: May was a quiet supporter of the Remain camp, which has led to claims that she’s not suitable to lead the U.K. out of the EU. To this, May replied that the British people want more than “a Brexit prime minister,” the BBC reports.

Maggie factor: Like Thatcher’s husband Denis, May also has a husband who is extremely successful in his own right. Although Philip May is keen for the comparisons to end there: “There is only one Denis Thatcher,” he told the Mail, “and my golf is terrible!”

Key campaign quotes: “If you’re from an ordinary, working-class family, life is just much harder than many people in politics realize,” May said at the campaign launch, the Independent reports. “You have a job, but you don’t always have job security. You have your own home, but you worry about mortgage rates going up. You can just about manage, but you worry about the cost of living and the quality of the local school, because there’s no other choice for you.”

“Frankly, not everybody in Westminster understands what it’s like to live like this,” she continued. “And some need to be told that what the Government does isn’t a game, it’s a serious business that has real consequences for people’s lives. I will set out more detailed proposals in the coming weeks, but for today I want to be clear: under my leadership, the motives of the Conservative Party will never be in any doubt. And our actions will be bold.” 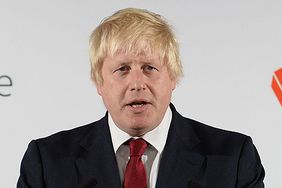 Boris Johnson, Who Led Britons to Vote for Brexit from the EU, Says He Won't Run for Prime Minister 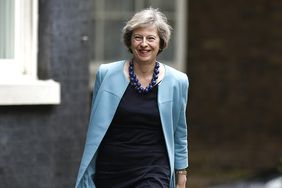 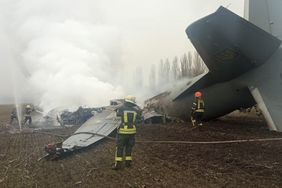 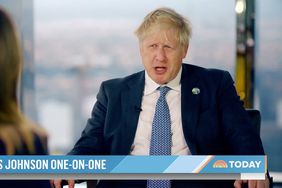 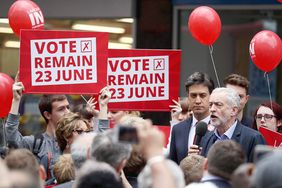 What's Brexit, Anyway? All About the U.K.'s Vote to Leave the European Union – And Why It Matters to Americans