Bre Payton, a Fox News commentator and writer for The Federalist, has died.

“Bre Payton, our beloved staff writer for The Federalist, passed away on Friday in San Diego, California, following a sudden illness,” the online magazine wrote in a statement published on their website.

Politician and friend Morgan Murtaugh revealed on Twitter Friday that she found Payton unconscious and called for help.

“24 hours ago I found my friend unconscious and called 911. She’s been in a coma since and really needs a miracle right now. Please if you’re religious at all, send prayers this way. We really need them.”

Murtaugh later wrote to her followers that “Bre has passed.”

Prior to her death, Payton was battling the flu and “possibly meningitis,” according to a profile on CaringBridge.org, USA Today reported.

Following the news of her death, a number of political figures expressed their sympathy on social media.

“Ben and I are absolutely gutted and horrified by this news. Our prayers for @Bre_payton and her family. We are less vibrant without her— in every possible way. A wonderful, fearless, vibrant, intelligent young woman. Sending prayers to all of her family and friends during this darkness,” Meghan McCain, who recently lost her father Sen. John McCain to cancer in August, tweeted.

“@Bre_payton was such a beautiful light, smart and funny and kind and talented. Please pray for her broken hearted loved ones, who are undoubtedly reeling. She was far too young,” Bream added.

From Chris Burrous to Aretha Franklin: Remembering the Stars We’ve Lost in 2018

Payton graduated from Patrick Henry College in 2015 with a degree in journalism, according to The Federalist.

She joined the news outlet shortly after and quickly moved up to a political commentator featured on Fox News Channel, Fox Business Channel and OANN.

The young journalist is survived by her parents George and Cindy Payton as well as her siblings James, Jack, Christina and Cheekie. 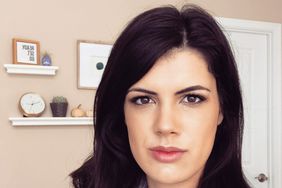 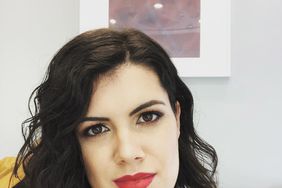