In a statement issued after the allegations came to light, the former president said he was "not into coups"

In the wake of Donald Trump's 2020 reelection loss, the country's top general was so worried the then-president would attempt to stay in power via illegal measures that he put a plan in place in case of a coup, a new book reports.

The revelation comes via I Alone Can Fix It, by Washington Post reporters Carol Leonnig and Philip Rucker, excerpts of which were published this week by CNN.

According to the book's reporting in CNN, Chairman of the Joint Chiefs Gen. Mark Milley, at the time the nation's top military officer, grew especially concerned over personnel moves — such as the firing of Defense Secretary Mark Esper and the resignation of Attorney General William Barr — made in the wake of the November election that Trump lost to Joe Biden.

Milley, 63, was so concerned, the book says, that he told colleagues he wanted to be "on guard" in case of an attempted coup.

I Alone Can Fix It, which will be published next week, further reports that Milley and the heads of each branch of the military made an informal plan on "how they could block a presidential order to use the military in a way they considered illegal, or dangerous and ill-advised."

The authors write that Milley also began having regular calls with the White House chief of staff, Mark Meadows, and Secretary of State Mike Pompeo to discuss an orderly transition to the incoming Biden administration.

According to the book, Milley was also worried that Trump, now 75, was "stoking unrest" with his calls to action issued prior to the Jan. 6 riots, in which a violent mob of his supporters breached the Capitol.

From the book, as excerpted in CNN: "Milley told his staff that he believed Trump was stoking unrest, possibly in hopes of an excuse to invoke the Insurrection Act and call out the military."

According to the book, Milley told his aides that Trump's false election claims were "a Reichstag moment. The gospel of the Führer," referring to unrest in Nazi-era Germany used as a pretext to cement their power.

The book also reports that Milley spoke to former First Lady Michelle Obama at Biden's inauguration, telling her, "No one has a bigger smile today than I do. You can't see it under my mask, but I do," the authors write.

A defense official close to Milley told CNN the general would not publicly address the book's claims.

In a lengthy statement released on Thursday, however, Trump did address the book's claims — insisting that he never even thought about staging a coup but even if he had, it would not have been with Milley.

Elsewhere in the statement, Trump said Milley had "no courage or skill, certainly not the type of person I would be talking 'coup' with. I'm not into coups!"

That statement was one of a flurry sent out Thursday, amid the release of a wave of news books examining the inner-workings of the Trump administration.

Among the striking allegations from the new reporting — which has been broadly denied by Trump and his aides — is that Trump allegedly once said Adolf Hitler "did a lot of good things," and that he said he "made Juneteenth very famous."

In another statement Thursday, Trump again attempted to criticize those who had previously served in his administration but then went on to speak out against him.

"Nobody had ever heard of some of these people that worked for me in D.C. ... Some of them — by no means all — feel emboldened, brave, and for the first time in their lives, they feel like 'something special,' not the losers that they are — and they talk, talk, talk!" Trump said.

"Many say I am the greatest star-maker of all time," he continued. "But some of the stars I produced are actually made of garbage." 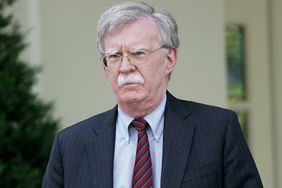