Billy Bush is in the spotlight after his controversial and lewd 2005 conversation with Donald Trump came to light in a Washington Post article published on Friday.

The exchange took place as Trump and Bush were on board on an Access Hollywood bus, arriving on the set of Days of Our Lives to tape a segment about a cameo Trump was filming for the soap opera at the time.

Trump and Bush were caught on a hot microphone making vulgar comments about Arianne Zucker, an actress who was waiting nearby to bring them onto the Days of Our Lives set. Bush has since apologized for his comments.

Here’s a look at Bush’s life and career leading up to the his involvement in the most recent Trump scandal.

1. Bush is a member of the country’s most famous and powerful Republican family

Despite having deep family connections in politics, Bush has stayed out of the family “business,” choosing instead to pursue a career in television, working in syndicated entertainment news shows.

He told the Las Vegas Review-Journal in 2008 that he was “so apolitical,” joking that he had “too many skeletons in this closet.”

“I have respect for my uncle and my cousin, who have achieved great heights, but it’s not for me,” he said. “I’m all about the Billy and nothing about the Bush.”

Bush joined the show in December 2001 as a correspondent, and was later promoted in 2004 to co-anchor. He also reported on the 2004 Summer Olympics in Athens for NBC.

He later hosted coverage of the 2006 Winter Olympics and the 2008 Summer Olympics for Access Hollywood.

3. He recently joined the Today show team at NBC as a co-host

Bush was made co-host in August, after contributing to the network’s coverage of the 2016 Olympic Games in Brazil.

NBC described him as someone who “brings boundless energy, a great interviewing style and a deep knowledge of pop culture” to his work. Bush replaced Willie Geist, who relinquished the position.

While in Rio on live television, he suggested that the American swimmer had only “embellished” his claims, while Roker called the athlete a liar.

Bush later interviewed Lochte in a now-infamous interview about his fabricated robbery in Rio.

“Did he besmirch America’s character? Yes, it was an unfortunate thing for us, because it was such a sideshow for the second week of the Olympics,” Bush said during a SiriusXM Today Show sit-down in late August. “I feel badly about that, that this happened, but it was a legitimate news story.”

Bush lives in Los Angeles with his wife, Sydney Davis. The couple married in April 1998 and have three daughters, Josephine, Mary and Lillie. In August, Bush and his wife got matching tattoos of tiny crosses with their oldest daughter, Josephine, for her 18th birthday, according to Today.
“This is the most painful process in the world,” Bush told Today’s Tamron Hall and Al Roker. Bush added that he hoped his younger daughters would join in on the family tattoo bond when they each turned 18 years old. When Roker suggested that he better hope Mary and Lillie didn’t ask for family bond piercings instead, Bush seemed a little scared by the idea.
“I am not comfortable with a body piercing as of yet,” he said. “But that may change.” 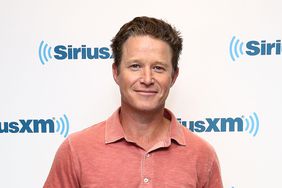 Billy Bush Had Fond Memories of Trump in 2004 Interview: 'Maybe I Unknowingly Gave Him His Campaign Slogan' 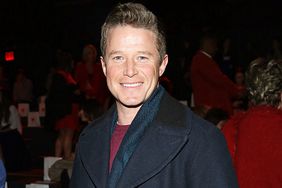 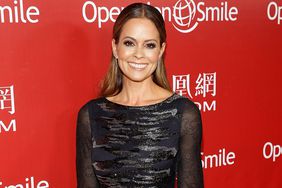 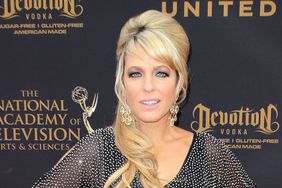 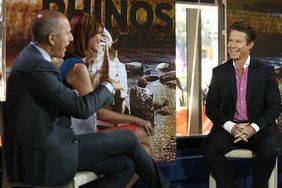 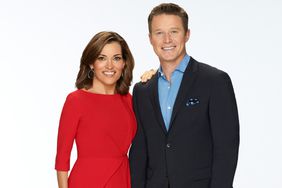