Betty Ford was never one to follow the rules — even before she was thrust into the position of first lady overnight, after her husband, Vice President Gerald “Jerry” Ford, became president upon Richard Nixon’s resignation in August 1974.

Now, seven years after her death at age 93, her extraordinary life is the subject of a new biography, Betty Ford, excepted in this week’s PEOPLE. The book, written by Lisa McCubbin, shares new details revealing just how modern and revolutionary Betty really was.

Among the revelations in the biography:

One day in 1934, when she was 16, Betty came home and her father, a traveling salesman who had recently lost his job, had been found dead in the garage of their Michigan home. The keys were in the car ignition and the car was emptied of gas. The official cause of death was carbon monoxide poisoning and it was ruled an accidental death. Many years later, however, Betty acknowledged that it was likely her father took his own life. At the funeral, she heard for the first time whispers that her father had been an alcoholic.

Betty wasn’t interested in Jerry Ford — at first. When Jerry, a college football star turned lawyer, first called her at the suggestion of a mutual friend, she turned him down. “Hi Betty, this is Jerry Ford and I’d really like to take you out for a drink,” he said. When Betty said she was not available, Jerry persisted. “Jerry, you know I’m in the process of getting a divorce,” she told him. (At the time, Betty was divorcing her first husband after five years.) But Jerry didn’t give up and six months later, they were engaged.

Jerry didn’t know who is real father was until he was 15 years old. His mother, Dorothy, was 21 years old and had been married less than a year to Leslie Lynch King when she gave birth to their son. The name on his birth certificate was Leslie Lynch King Jr. But shortly into their marriage, King became emotionally and physically abusive towards her. At the hospital, a nurse called the police after King arrived with a knife, threatening to hurt his wife and newborn. Soon after, Dorothy filed for divorce. She and her son settled in Grand Rapids and Dorothy called her son “Junior.” A few months later, she met a man, Gerald R. Ford. They dated for a year and then married. Jerry grew up believing Gerald Ford was his father. One day at fifteen, Jerry’s biological dad showed up at a restaurant where Jerry worked and introduced himself as his father. Although Jerry knew he’d been born before his mother married for a second time, he was still shocked and confused to meet the man who had not been there for him growing up. In his memoir, Jerry later wrote that what really hurt was that he realized his biological father was a man “who didn’t really give a damn about the hopes and dreams of his firstborn son.”

4. Jerry Ford once made then-President Nixon call him back.

When Nixon called Jerry Ford, then the House Minority leader, to tell him he was his pick for vice president after Spiro Agnew’s resignation, the president mentioned Betty should also hear what he had to say. Jerry told Nixon he was on his home phone line that had no extension. “Can you hang up and call back on the other number?” he asked the president. His daughter, Susan, looked at him and said, “Daddy, did you just tell the president of the United States to hang up and call back?” After he was offered the job, Jerry told Betty: “Don’t worry, vice presidents don’t do anything.”

When Betty, then the wife of the vice president, appeared drowsy at an event in April 1974, the reporters asked if she was taking anything. She said, “Well, I do take Valium. Sometimes three times a day, or sometimes Equagesic. That way I’m more comfortable.” (The Valium had been prescribed for a pinched nerve.)

6. Betty insisted she share a bedroom with the president.

After Jerry became president upon Nixon’s resignation in August 1974, Betty got her first tour of the living quarters and told the White House curator she intended to share a bedroom with her husband. What she didn’t know was that every first couple since the Eisenhowers had had separate bedrooms. Not the Fords. Betty turned the former president’s bedroom into den, and they slept in what was formally the first lady’s bedroom.

7. She admitted on national TV that her kids had probably tried marijuana.

During Jerry’s 1976 re-election campaign, Betty was asked in a 60 Minutes interview if her kids had ever tried marijuana. “I’m sure they’ve tried it,” she answered. “Children try everything, don’t they?” Then she added, “But they definitely did not like it, and it is not used.” Afterwards Dick Cheney, then Ford’s chief of staff, asked the president, “Do you think you could get her to tone it down?” Ford responded, “If you want Betty to tone it down, then you tell her.”

8. Her assistant was stunned when she found Betty’s many pill bottles.

One day after Betty and Jerry had retired to Rancho Mirage, California, Betty’s assistant Caroline Coventry came across the many pill bottles the former first lady had accumulated in her master bath and was stunned. Coventry wrote down every medication, and went to the pharmacist to understand what the medications were, and then to Betty’s doctor to find out what was going on. And the doctor told her, “I thought she’d never come back if I didn’t give her what she asked for.”

For more about Betty Ford’s life, pick up the latest issue of PEOPLE, on sale now.

9. Betty was offered a martini during recovery, but refused.

On April 21, 1978, the then-first lady admitted in a statement: “I have found, I am not only addicted to the medication I have been taking for my arthritis but also to alcohol.” Betty entered a rehab clinic soon after and later went on to found the Betty Ford Center for alcoholism and drug addiction in 1982. Her recovery wasn’t easy. Early on, one evening, while preparing for a dinner she and Jerry were hosting at the Pierre Hotel, their customary pitcher of martinis arrived from room service. The hotel was not aware Betty was in recovery. At that moment, Betty recalled thinking how nice it would be to have just one cool drink. But she didn’t — and that decision gave her strength to face other challenges in the years that followed.

10. The first lady was open about her addictions.

Betty was surprisingly candid when it came to her addiction to pain medication and alcoholism. She once said of her thought process at the time:, “If one pill was good, then two must be better, and when I added vodka to the mix, I moved into a warm fuzzy place where everything was fine, and I could cope.” And she was just as frank about recovery. “To my dying day,” she said, “I’ll be recovering.” 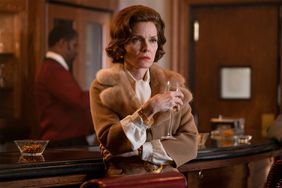 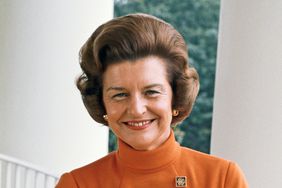 Why Betty Ford Almost Declined to Put Her Name on Her Clinic: 'I'll Never Be Able to Drink Again' 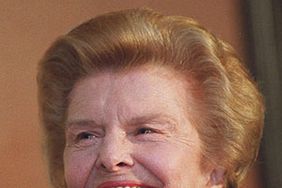