Sometimes an awkward blind date is just the beginning of a beautiful love story!

“Congratulations to @barbaritabush and Craig!!!! So giddy that I have a photo from the night they met!!!” Giffin wrote on Instagram, before noting that she was the one who thought it’d be a good idea to document the moment.

“I told them they needed to get a quick snapshot ‘just in case you end up getting married.’ And they DID!!! Ahhhh!!!” she added. “Here’s to forever!!!!”

While there’s often a discomfort factor to blind dates, the photo hinted at just how awkward Barbara and Coyne’s first meeting really was, as the now-couple were joined in the snapshot by Giffin and the bride’s twin sister, Jenna Bush Hager, 36.

In an interview for the latest issue of PEOPLE, the former first daughter opened up about how their blind date went “hilariously” awry.

At first, Barbara, who lives in New York, and Coyne, who was based in Los Angeles at the time, had trouble connecting, in part because Barbara was busy promoting her book with Jenna, Sisters First.

However, as luck would have it, Coyne happened to be in town visiting family when their book tour stopped in Atlanta, so Barbara invited him to the hotel where she was staying for drinks — and they were joined by her sister, her publicist, and two other friends.

“It was a group first date, and they tried to give us our space but we were all seated at the same table,” Barbara said, adding that before the date even began, she actually approached two different men in the lobby to ask if they were Coyne, as she had no idea what he looked like.

“Luckily, a really handsome guy walked in, and I thought, ‘Please, maybe this one will be him.’ And it was him,” she said. “And so that was our first date, and he rolled with it.”

They Jumped Into the Ocean! All the Not-Yet-Seen Special Photos in Barbara Bush’s Wedding Album

Then, at the last minute, Jenna ended up inviting Coyne to the book event, where she and Giffin, who was moderating the event, proceeded to tell the crowd that Barbara wasn’t just there promoting her book that night, she was also on a blind date.

“I thought it was hilarious,” Barbara said of the unusual date, adding that while she and Coyne ended the night with a hug, she was convinced they weren’t going to see each other again.

“I said to Jenna in the car, I was like, ‘I’m never going to hear from him again, but regardless, that’s a fun story to tell,’ “ she remarked.

Of course, that wasn’t the end to the couple’s romance. The two ended up going on a “real date” a couple weeks later, when Coyne traveled to New York for work, and the rest is history.

Though the couple had just five short weeks to plan their wedding — they rushed to wed so Barbara’s 94-year-old grandfather, George H.W. Bush, could be there “while he’s still feeling good” — Jenna told her colleagues at the Today show that the ceremony was “beautiful.”

She described the intimate wedding, which took place at Bush family compound in Kennebunkport, Maine, as “just family in a place that means family love.”

“It was beautiful,” she continued. “I’m crying 24 hours later…there were so many happy tears.” 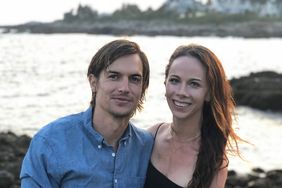 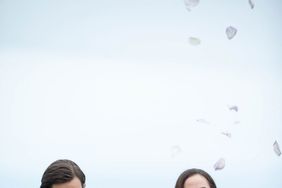