Barack Obama Says 'Let's Be Safe and Smart' Amid Pandemic: 'Listen to Experts, Not Folks Trying to Divide Us'

"It's going to take all of us to beat this virus," former President Barack Obama wrote

Former President Barack Obama is telling Americans to “be safe and smart” on the Fourth of July holiday amid the coronavirus pandemic this year.

“This holiday weekend, let’s be safe and smart,” he wrote on Twitter Saturday. “It’s going to take all of us to beat this virus. So wear a mask. Wash your hands. And listen to the experts, not the folks trying to divide us. That's the only way we’ll do this—together.”

Earlier in the day, Obama shared a message of support for former Vice President and current presidential hopeful, Joe Biden.

“Our founding promise has never been guaranteed. Each generation has been called to bring us a little closer to our highest ideals—and history’s calling on us right now,” Obama wrote, retweeting a video from Biden’s campaign. “So let’s all do whatever we can to help @JoeBiden expand that promise to all Americans.”

Other Democratic leaders, former and current, also urged Americans to wear masks and follow recommendations from public health officials to curb the spread of the coronavirus.

“This Fourth of July, one of the most patriotic things you can do is wear a mask,” Biden, who has clinched the Democratic nomination for the upcoming November election, tweeted.

Another tweet from Biden discussing equality seemed to allude to the current Black Lives Matter movement.

“Our nation was founded on a simple idea: We're all created equal,” he wrote. “We've never lived up to it — but we've never stopped trying. This Independence Day, let's not just celebrate those words, let's commit to finally fulfill them. Happy #FourthOfJuly!”

California Sen. Kamala Harris, who has appeared on the shortlist of potential vice president picks for Biden, shared a quote from a speech former Supreme Court Justice Thurgood Marshall gave on July 4 in 1992.

In her own tweet, former Secretary of State Hillary Clinton wrote of current “dark times” and called on people to register to vote.

“In dark times, it's important to remember that America can be what we make of it,” her post said. “We have more power than we can imagine when we wield it together. Let's keep raising our voices, marching, and registering to vote. We’ll celebrate all we accomplish next Independence Day.” 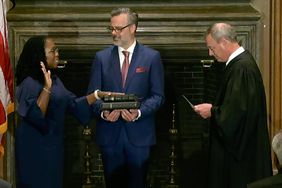 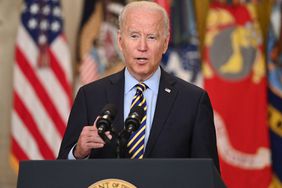 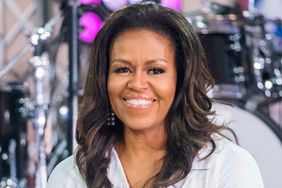 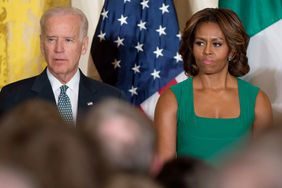 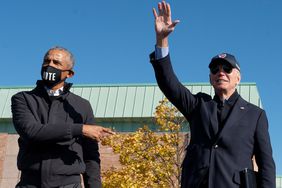