Produced by Done + Dusted, Strong Brew and Silverback Films, the 100-minute special addresses various "sustainability challenges" facing the planet due to climate change while offering solutions that filmmakers hope will "inspire change," according to a YouTube Originals news release.

In Dear Earth, which premieres Saturday, the former Commander-in-Chief praises younger generations for their efforts to address the ongoing crisis.

"What I'm so impressed by is the fact that you are not waiting for the people who got us into this mess to dig us out," he says of his interactions with young people through The Obama Foundation's work on climate change. "You're doing it yourselves, even if you are not old enough to vote."

Speaking up, he shares, "is how progress gets made" with issues like climate change — "maybe especially on a problem like that."

Though previous generations have failed to address the issue, Obama is confident that new generations won't follow suit.

Kids Born in 2020 Will Face Up to 7 Times More Extreme Climate Events: Study

"When you look at the history of so many social movements — whether it's the Civil Rights movement or decolonization around the world or anti-war movements — they're often started and sustained by young people," he explains, citing their understanding of what Dr. Martin Luther King Jr. called "the fierce urgency of now."

"You don't see the way things are and assume that's the way they'll always be," he continues. "You can imagine something different and you're willing to put in the work to make it happen. That's what makes me hopeful about the fight against climate change."

A spokesperson for the former president tells PEOPLE that Obama is scheduled to visit Glasgow next month for the United Nations' Climate Change Conference (COP 26) "where he will meet with young activists engaged in the climate fight and deliver remarks putting the threat of climate change in [a] broader context."

Among Obama's discussion points will be the "important" progress made since the Paris Agreement first took effect five years ago and the leadership of young people from around the world, the spokesperson states.

The former president will also push for "more robust action" for everyone from governments and the private sector to civil society "going forward." 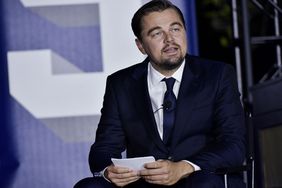