The Obamas brought even more entertainment to Beyoncé and JAY-Z‘s concert on Saturday night.

At the latest On the Run II tour stop in Landover, Maryland, Barack and Michelle Obama got out of their seats — and then some.

Video captured by fan Anna Bailey shows the former president, 56, and first lady, 54, throwing their hands in the air while dancing along. Due to all the noise at the venue, it’s hard to tell just which Bey or JAY tune was playing.

The viral moment marks the second time Mrs. Obama has been seen jamming to music from the Carters this summer. In mid-July, fan video showed her with Beyoncé’s mother, Tina Knowles Lawson. Mrs. Obama swayed and clapped as JAY-Z, 48, performed at the On the Run II tour stop in Paris.

The Obamas and Carters have a rich history stretching back to Mr. Obama’s first term as president. In 2008, Beyoncé performed “At Last” during then-President Obama’s first inauguration, and she went on to collaborate with Mrs. Obama on her “Let’s Move” campaign combatting childhood obesity. The then-first lady later returned the favor by appearing onstage during Beyoncé’s performance at the Global Citizen Festival in 2015.

It’s not just the ladies who have a tight bond. “I like to think Mr. Carter and I understand each other,” Mr. Obama said at JAY-Z’s induction into the Songwriters Hall of Fame in June 2017. “Nobody who met us when we were younger men would have expected us to be where we are today.”

Barack Obama Says Everyone Should Ask These Three Questions Before Choosing a Mate: New Book 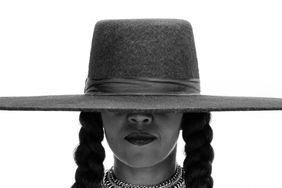 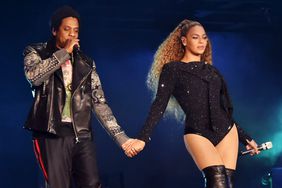