"Tayshia obtained a PPP Loan that enabled her to hire an employee," a spokesperson says — as the news stirred debate and criticism online

Several former stars from The Bachelor and The Bachelorette are explaining why they were approved for COVID-era loans from the federal government specifically designated to help keep businesses afloat during the pandemic.

Adams, 30, received $20,833 for her media brand, according to documents reviewed by PEOPLE.

Moss, 32, was approved for the same amount of money for his sole proprietorship.

Luyendyk Jr., 39, and Burnham, 29, were approved for $20,830 for their company Instagram Husband. The married couple's Arizona-based business has two employees, records show.

A spokesperson for Adams said in a statement to PEOPLE that "as a business owner, television and podcast host, and brand ambassador, Tayshia obtained a PPP Loan that enabled her to hire an employee (someone who was previously unemployed), to whom she offers market-based pay and benefits."

The spokesperson said that "since exhausting the PPP Loan funds, but in light of the growing economy," Adams "has committed to retaining her employee for the foreseeable future."

A spokesperson for the Season 23 Bachelor, 29, said he had applied for the PPP loan for his foundation "after their annual fundraising events were cancelled due to COVID."

The representative said "none of the PPP went directly to" Underwood and that all the funds went to people who have cystic fibrosis. (TMZ was first to report their statements.)

Reps for Burnham, Moss and Luyendyk Jr. did not immediately respond to requests for comment.

PPP was launched last year in the early days of the COVID-19 pandemic and provided more than 11.8 million loans, according to the Small Business Administration's latest report in May.

Nearly $800 billion was disbursed through the program.

Business owners have credited the money with helping keep them afloat amid the pandemic, when huge swaths of the economy were upended by the public health crisis and various restrictions meant to slow the virus.

The SBA said PPP loans were mainly intended for businesses with less than 500 employees who would use the money to avoid job cuts. (The program ended in May.)

Last summer, some major corporations and wealthy entrepreneurs — from Kanye West to Shake Shack — were criticized for applying for loans many viewed as a lifeline for small businesses. "Even The Los Angeles Lakers Got A PPP Small Business Loan," read one NPR headline last April, underscoring the backlash. (The Lakers returned their money.)

Bachelor stars were not the only ones making headlines for PPP money this week: Documents show that embattled attorney Tom Girardi's firm was approved for a $1.5 million loan last year.

Season 21 star Nick Viall called the discussions "interesting," as he weighed in on Monday. 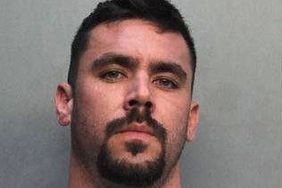 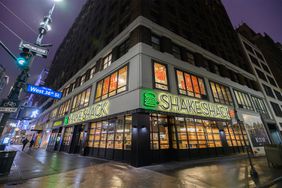