The New York lawmaker said she is giving up meat in tribute to Rep. Jamie Raskin's son, Tommy, who died by suicide last year

New York Rep. Alexandria Ocasio-Cortez is giving up meat for Lent, in memory of the late son of her fellow lawmaker Jamie Raskin, and she is encouraging others to join in the tribute.

In a Twitter thread Wednesday night, Ocasio-Cortez explained why she had decided on the vegetarianism in remembrance of Tommy Raskin, who died by suicide on Dec. 31. He was 25.

"A few weeks ago I told @RepRaskin that this year I wanted to adopt a vegetarian diet for Lent in memory of his son Tommy," Ocasio-Cortez wrote. "Jamie said, 'Well you'd have to do it the way Tommy would, which means bring people along with you!' "

She went on to ask her followers if any of them would be interested in joining her by giving up meat for Lent, the annual Catholic observance beginning on Ash Wednesday and ending the night before Easter Sunday.

"Does anyone want to join me? Rules are 1) No judgement 2) Make it your own (you can go full 40 days, just veggie Mondays, etc 3) Be inclusive (no need to observe Lent to join)," Ocasio-Cortez tweeted.

She also requested other social media users share veggie-heavy recipes (to "avoid 40 days of Easy Mac") and asked that those not interested in going vegetarian for Lent consider instead offering to "give or help others in this time," as Tommy would have wanted.

"If neither of the above apply but you are in a position to give or help others in this time, please consider doing so in the spirit of Tommy," she wrote. "He loved the world so much and dedicated his life to reducing suffering around the world."

Raskin announced in early January that Tommy, a second-year student at Harvard Law School, had died.

In a statement at the time, the Maryland congressman and his wife, Sarah, said they were "devastated and demolished to be without him" and called him "pure magic."

"His brilliance and compassion knew no bounds. He passionately loved his family, friends, and animals, and was devoted to the cause of the global poor," their statement read.

The family also established a memorial fund in Tommy's honor, called The Tommy Raskin Memorial Fund for People and Animals.

According to a press release, the fund will "distribute money on a semiannual basis to causes and charities championed and advanced by Tommy Raskin, such as Oxfam, Give Directly, the Helen Keller Institute, and Animal Outlook."

Tommy was a "passionate vegan," according to animal rights group Animal Outlook, and spoke at the 2017 event DC VegFest, performing a reading of a poem called Where War Begins.

From the poem: "When it comes to the right to live free from the blight of aggression, oppression, from tyrannous might, how smart you are friends shouldn't matter at all;trauma is still trauma for the creatures that crawl."

Speaking to NPR's Weekend Edition after his son's death, Raskin said Tommy's dietary habits eventually rubbed off on the entire family: "I mean, Tommy, he felt all of the pain and the suffering in the world, which is how, of course, he found his way quickly to vegetarianism. Nobody in our family was a vegetarian and now everybody is." 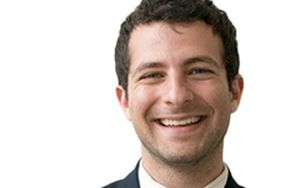 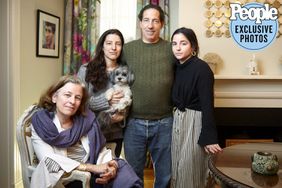 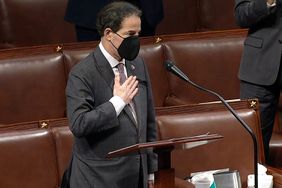 Rep. Jamie Raskin Gets Standing Ovation in Congress After Son's Death amid Chaos at Capitol 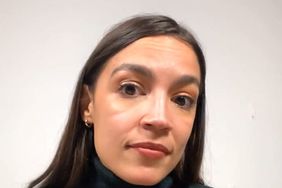