"I've been wanting to come on your show for months and months," Dr. Anthony Fauci said to Rachel Maddow

Dr. Anthony Fauci made his debut on The Rachel Maddow Show on Friday night and revealed that while he had wanted to appear on the program "for months," he had previously been "blocked" by former President Donald Trump's administration.

The director of the National Institute of Allergy and Infectious Diseases, 80, appeared on the MSNBC show and explained that under Joe Biden's presidency there will be "a lot of transparency" when it comes to hearing from scientists and government officials.

Asked by Maddow if the press and public will have "more access" to him, Fauci said he's "positive of it."

Fauci said it was "so clear" when he sat down with the Trump administration that they did not want him to go on Maddow's MSNBC show.

"When they sat down, 'Why would you want to go on Rachel Maddow's show?' " he recalled the administration asking. "Well, because I like her and she's really good," Fauci remembered responding.

Under the new administration, Fauci told Maddow, 47, that he doesn't anticipate having the same issues. "I think you're going to see a lot of transparency," he said. "You might not see everybody as often as you want but you're not going to see deliberate holding back of good people when the press asks for them."

"It was a tough situation, it really was," he admitted.

Dr. Anthony Fauci Rejects Trump's Claims About COVID Death Toll: 'No Running Away From the Numbers'

On Thursday, just one day into Biden's presidency, Fauci told reporters at a White House coronavirus briefing that working under the new administration is "liberating."

"One of the things that we're going to do is to be completely transparent, open and honest. If things go wrong, not point fingers, but to correct them," he continued.

"I mean, that was literally a conversation I had 15 minutes ago with the president," Fauci said, adding that being honest about the pandemic is what put him in hot water with Trump, whose administration downplayed the severity of the deadly virus.

"That's why I got in trouble sometimes," he said of his unwillingness to make claims that weren't based on scientific fact.

"I mean obviously, I don't wanna be going back over history, but it was very clear that things that were said — be it regarding things like hydroxychloroquine and other things like that — that really was uncomfortable because they were not based on scientific fact," he said. "I can tell you, I take no pleasure at all being in a situation of contradicting the president, so it was really something that you didn't feel that you could actually say something and there wouldn't be any repercussions about it."

"The idea that you can get up here, and talk about what you know, what the evidence, what the science is, and know that's it, let the science speak, it is somewhat of a liberating feeling," Fauci added. 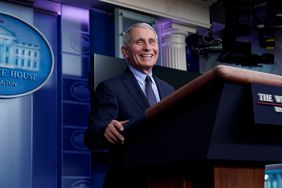 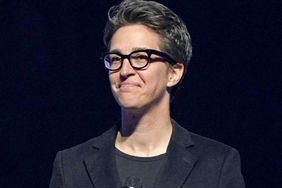 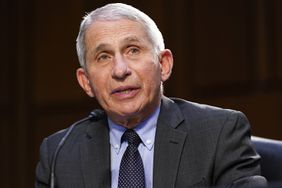 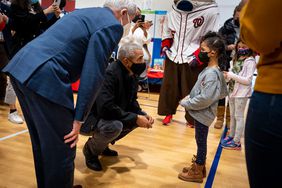