"Women and girls are bearing the brunt of extremists," the actress said in her speech

Angelina Jolie Pitt addressed a room of delegates at the African Union summit Thursday to encourage more global support to end violence against women around the world.

The award-winning actress, 40, who is the special envoy to the United Nations High Commission for Refugees, sat on a panel of foreign leaders to deliver a speech at the biannual event, held in Johannesburg and Pretoria, South Africa, this year.

“There is a global epidemic of violence against women – both within conflict zones and within societies at peace – and it is still treated as a lesser crime and lower priority,” the actress-director told the crowded ballroom.

“The near-total impunity that exists worldwide for crimes against women, in conflict zones in particular, means that we are seeing more and more armed groups turn it into their weapon of choice. Women and girls are bearing the brunt of extremists that revel in treating them barbarically. This is inextricably linked to our overall failure to prevent and end conflicts worldwide, which is causing human suffering on an unprecedented level.”

The Unbroken director, wearing a dark gray Michael Kors dress and beige heels, went on to pay tribute to African victims for their “extraordinary resilience, dignity and strength in the face of trials that would break any of us.”

“They are some of the most formidable and impressive people I have ever met and they deserve better than to be left alone to suffer,” Jolie Pitt continued.

She wrapped up her speech by stating that the solution needs to be tailored to, and pioneered by, women themselves.

“We need policies for long-term security that are designed by women, focused on women, executed by women – not at the expense of men, or instead of men, but alongside and with men,” she said. “There is no greater pillar of stability than a strong, free and educated woman, and there is no more inspiring role model than a man who respects and cherishes women and champions their leadership.”

Jolie Pitt joined former British foreign minister William Hague, Senegalese activist Bineta Diop and Zainab Bangura, who is the U.N.’s Special Representative on Sexual Violence in Conflict, on the panel at the event.

The group was called together by African Union chairwoman Nkosazana Dlamini-Zuma, the first female head of the A.U. Dlamini-Zuma made women’s empowerment the focus of this year’s summit.

South Africa began buzzing about the star’s arrival when Twitter users spotted the actress, who was accompanied by her 11-year-old son Pax, at Tambo International Airport on Thursday shortly after they landed.

Activists also took to social media to share photos from the meeting.

The actress has made her humanitarian work a major priority in recent years. She was appointed to her current position as special envoy in 2012, previously acting as one of the agency’s Goodwill Ambassadors.

In April, the mother of six spoke in front of world leaders at the U.N. Security Council Meeting to plead for greater support for the Syrian refugee crisis. She has also traveled extensively over the years for UNHCR, participating in humanitarian missions to Pakistan, Afghanistan, Syria and others.

“I have so much in my life,” she told PEOPLE last year, “I want to be of value to the world.” 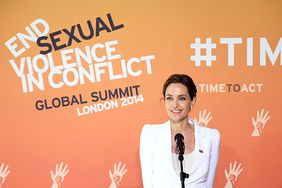 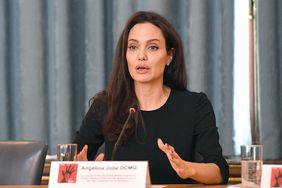 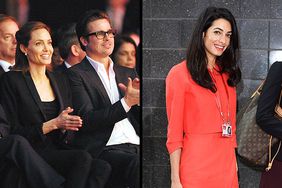 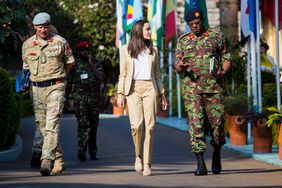 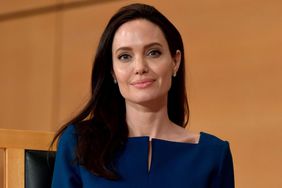 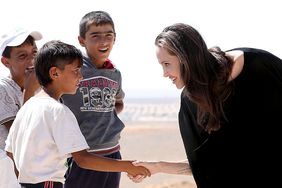 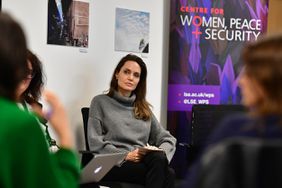 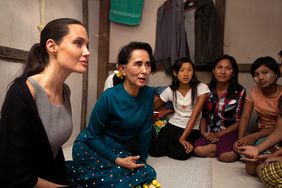 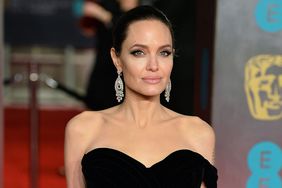 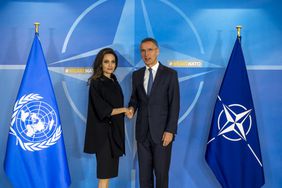 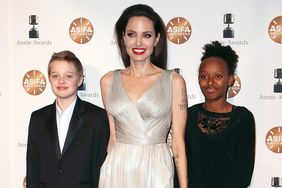 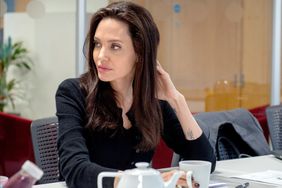 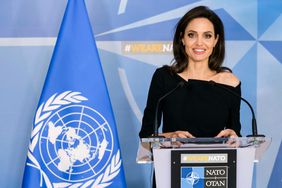