"My family almost lost our home in order to try to keep him alive," the New York lawmaker said in Congress last week

New York City Rep. Alexandria Ocasio-Cortez knows first-hand the toll illness can take on a family, having lost her father to cancer in 2008.

The congresswoman, 29, recently relayed the story of dad Sergio Ocasio-Roman’s struggle and the financial tailspin into which his loved ones were plunged after his death.

“When I was 16 years old, my father was diagnosed with a rare form of lung cancer,” Ocasio-Cortez said at a prescription drug prices hearing held by the House Oversight and Reform Committee on Friday. “He was in experimental trials in order to save his life. My family almost lost our home in order to try to keep him alive and just try to keep our family together.”

Ocasio-Roman, 48, died in September 2008 — just before his daughter started her sophomore year at Boston University.

“Many people know that I was working in a restaurant when I got elected [last year], but they don’t know why,” Ocasio-Cortez said at the hearing. “And the reason why was because we lost my father to a rare form of lung cancer. We couldn’t find treatment for him.”

The Democratic lawmaker then turned her attention to the patients present at the hearing, including Sa’ra Skipper of Indianapolis, who has diabetes and pays $1,000 per month with insurance for her insulin.

“When insulin was first developed, the patent was sold for $1. Do you know the reason why it’s $1,000 with insurance for you?” Ocasio-Cortez asked. “Neither do I. Frankly, I don’t think corporations will give us a reason why.”

She went on to criticize the CEOs of pharmaceutical companies for focusing on raising stock prices instead of investing in research and development.

Ocasio-Cortez, one of the House of Representatives’ most prominent progressive voices, is an advocate for universal health care, frequently invoking her father’s illness and resulting turmoil.

She told The Intercept last year that after her dad’s death, her family couldn’t afford to keep their home and had “bankers going up to the curb of our home and taking photos of our house.”

Her mother, Blanca, took a job driving school buses in order to keep their home from foreclosure, she told TIME in March.

“10 years ago today, I lost my dad. He taught me so much + showed me how to be brave. He never got to see me graduate college, organize communities, or run for Congress,” she wrote.

“I carry him with me every day,” she continued. “I hope he’d be proud of the person I’m growing into. Love you, pa. Miss you.” 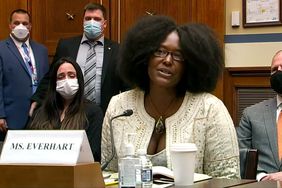 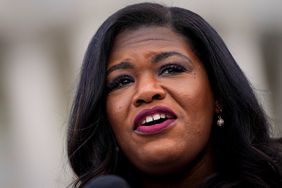 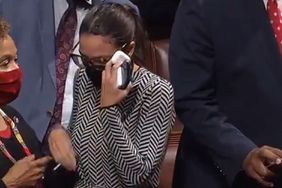 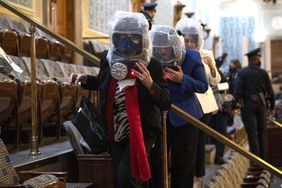