A.J. Delgado told The Atlantic that former Trump campaign communications director Jason Miller told her he was separated from his wife when they began their affair

A.J. Delgado, the former Trump 2016 campaign senior adviser whose affair with co-worker Jason Miller produced a baby boy, is opening up for the first time about what she claims was “a really nice, sweet relationship.”

In a new profile in The Atlantic, Delgado detailed her romance with Miller – which was first revealed in December, after Miller was tapped to segue from chief campaign and transition spokesman to Trump’s White House communications director.

Delgado said that her relationship with Miller began in mid-October 2016 after several months of working side-by-side on the Trump campaign. She claimed that while she knew Miller was married, he had told her that he was separated from his wife.

A few weeks after the November election, Delgado learned she was pregnant – news she initially kept to herself. “I finally told him one night when we were in bed and I couldn’t fall asleep,” Delgado says.

Miller’s response to her announcement, according to Delgado, was: “Well this is going to be extra awkward for me to handle because my wife is expecting.”

“Obviously that floored me. It was a very rough thing to hear,” Delgado told The Atlantic.

Delgado decided to keep the baby and says that Miller asked her twice if “there was any chance I’d terminate the pregnancy” – comments he denies.

Last week, Miller and Delgado separately confirmed that their son William was born in July. After issuing a statement to Page Six in which Miller said that he, his wife and children were “excited to welcome William into the world and into our family,” Delgado went on the offensive on Twitter. She tweeted, “Actually the father did not/has not sent the child even a $1, or a single gift/item. I have had to pay for/cover everything myself. Cheers.”

Delgado told The Atlantic that Miller had not provided any child support, but had requested through his lawyer a paternity test be conducted after William’s birth.

In a statement to the outlet, Miller’s attorney said, “Jason’s sole desire and focus, which has been repeatedly expressed to Ms. Delgado and to her attorneys, even prior to William’s birth, is to be involved in all aspects of his son’s life. This includes being supportive of William emotionally and financially, as well as sharing time with William and jointly making decisions for his health and well-being.”

“Jason remains ready and willing to provide financial support for his son, and, in the absence of any cooperation from Ms. Delgado, has offered to do so through the appropriate legal channels,” concluded the statement.

Delgado said that she wanted to speak out because of false reports about her son’s conception.

“He came out of what was a really nice, sweet relationship between two people who met on the campaign trail and liked each other a lot,” she said. “I won’t allow you to say he came out of a boorish, vulgar, scandalous night. It’s a matter of defending my son.”

Also in the interview, Delgado claimed that members of her own party were not exactly supportive of her pregnancy, revealing, “Here were some … very high-profile people who are supposedly pro-life, who knew me and heard about what happened, and who didn’t reach out.”

“I thought it was very telling … You see these people saying, ‘Oh, we should reach out to women with unexpected pregnancies and let them know they’re not alone’—and I’m like, ‘I’m right here!’ “ 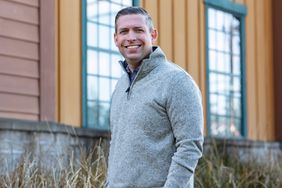 Leading Gubernatorial Candidate Shares That He Was in a Swingers Group: 'Certainly Not Ashamed' 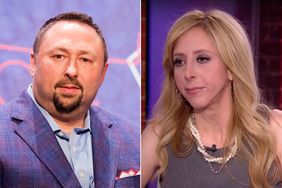