"There are still people alive who know more about what happened that night. Even if it's not what I want to hear, the truth at least has some dignity about it"

Fifty-two years after Ted Kennedy's car plunged off the Dike Bridge on Chappaquiddick Island in Massachusetts, killing passenger Mary Jo Kopechne, her family says they are grateful that she is finally being seen as more than "the girl who died in the car."

"In the beginning when you searched for Mary Jo online, all you would see is that she was the daughter of an insurance salesman. Very Catholic. A secretary to Bobby Kennedy," says cousin Georgetta Potoski, 78. "The stories were always about Ted Kennedy. But now if you research her name, people are beginning to learn how accomplished and talented she was. She was much more than a secretary."

On July 18, 1969, 28-year-old Kopechne attended a reunion party on Chappaquiddick, off of Martha's Vineyard, attended by then-Sen. Kennedy and some of the campaign workers who had worked for his brother Robert F. Kennedy's presidential campaign. (The six women who attended the party, including Kopechne, were known as the "Boiler Room Girls" because of the windowless room where they worked.)

Gathered on Chappaquiddick that night, they drank and reminisced — and sometime later that evening, Sen. Kennedy's car went off the Dike Bridge and landed upside down in the water below, with Kopechne inside.

He managed to escape the car but said he could not remember exactly how.

Her body was recovered the next morning after two men saw the overturned car under the bridge and called the local police. Authorities said she drowned.

At the time, news coverage always focused on the rising lawmaker from the famed family who had waited 10 hours before notifying law enforecment — he was eventually charged with leaving the scene of an accident, to which he pleaded guilty — and how the tragedy would affect his political future.

But there was almost nothing about the young woman who had been so devoted to his brother Bobby — and who had big dreams of her own.

For nearly 50 years, the story of Chappaquiddick was the story of Ted Kennedy and what he did and did not do (or had or had not done that night). "For years, everybody accepted everything the way it was," says Potoski.

It was a lasting heartbreak for her parents, Joe and Gwen, now both deceased.

But thanks to the efforts of Potoski and her son William Nelson, 49, who wrote a book five years ago, Our Mary Jo and shared their story in depth with PEOPLE's Cover Up podcast, things have slowly begun to change.

"People started asking questions: What was she really like?" Potoski says. "We want people to know who she was and what she stood for as a person."

"When we started this, I couldn't find anything on her," says Nelson. "The only source I had was my mom and I suggested she start writing stories down. And the more we talked about it, the more interested people became."

"My mother was brought to tears when she looked on Wikipedia and saw someone had updated Mary Jo's file to include so much more of what the [Cover Up] podcast had found and what we have said in interviews and that Mary Jo had worked as a political analyst," Nelson says. "She was so dedicated and smart. I think she would have gone into politics. The more you think about it, the more tragic it becomes — because you realize what might have been."

Still, Nelson says, "Our work is not done yet."

Listen below to our daily podcast PEOPLE Every Day for more on the Chappaquiddick tragedy.

There are questions without clear answers, including persistent uncertainties about why Ted delayed reporting the accident for so long, why Kopechne was in his car and what happened in the hours before she died and why another woman's purse was found in the car the next morning.

"I think there are people out there who know more about what happened that night. The more awareness that is created around Chappaquiddick and Mary Jo, I think it shakes the tree a little bit and maybe there will be people out there who will share a small detail, another piece of the puzzle, and help us get to the truth," Nelson says.

His mom agrees. "I'm delighted that Mary Jo is being recognized for the bright woman that she was, but I will never stop looking for the truth," she says. "There are still people alive who know more about what happened that night. Even if it's not what I want to hear, the truth at least has some dignity about it. And so we must try."

The family hopes a scholarship they have created in Kopechne's name at Misercordia University in Dallas, Pennsylvania, will remind people of the good things she stood for rather than just the details of her death.

"Mary Jo was a teacher in Alabama before she moved to Washington, D.C., to work in politics," Nelson says. "She cared about education and wanted to help people, and we want her to be remembered for the things she cared about."

For more on the Chappaquiddick scandal, listen to PEOPLE's podcast Cover-Up on Apple Podcasts, Spotify, Google Play or wherever podcasts are available. And to continue the discussion, join our Facebook group to share your thoughts and theories or reach us directly at coverup@people.com. 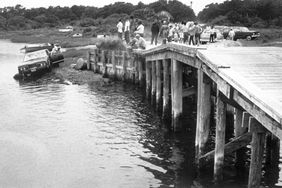 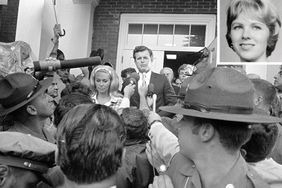 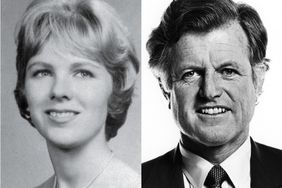 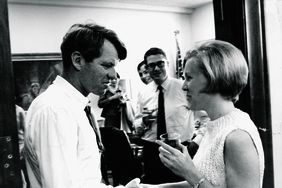 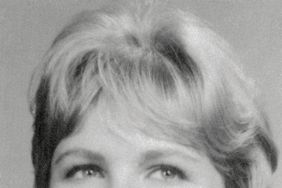 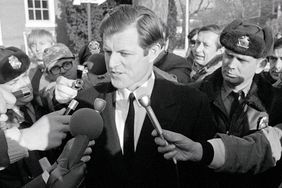 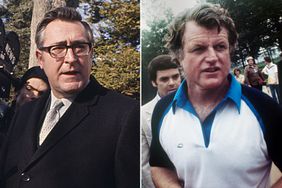 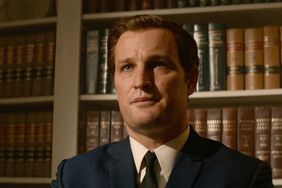 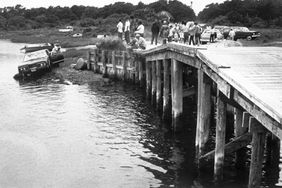