Their Copy Is 'Hot' : Get the Scoop on the 15 Sexiest Newsmen Alive

These 15 men are known best for their diligent reporting and supreme storytelling — but their looks certainly don't hurt their careers, either

The Fox News anchor is the managing editor for the network's breaking news division, and recently made headlines for his takedown of the Hillary Clinton uranium "scandal." Despite his good looks, the 53-year-old says he's not always popular: "I think probably our audience likes me when the facts suit their worldview, and they don't when they don't, so it kind of goes like that lately."

The NBC Nightly News anchor recently nabbed a new title for his résumé: Grandpa. His son, Stephen Holt (who is an 11 p.m. news anchor for WNBC), recently welcomed his first child, a son named Henry. "I actually feel like a grandpa, and to be honest I embrace the role," Holt, 58, tells PEOPLE. "There is nothing like seeing your baby hold his baby."

CNN's silver-haired White House correspondent, 46, has become famous for his questions and determined statements during the White House press briefings — in particular, an exchange with senior advisor Stephen Miller over immigration. He's gained fans, too: "After the Stephen Miller press conference, I got a Statue of Liberty T-shirt in the mail."

Fans of Barbaro, who hosts The New York Times podcast The Daily, may not get to see his face while listening in, which is a shame, because, well, look at him. That hasn't stopped listeners from noticing the 38-year-old on the street, however. "What is surprising about The Daily is that people become so familiar with my voice," he says. "They become interested in who I am and actually do know what I look like. I've had a couple of moments where I realized that. It's been a surprise every time."

The Fox News America's Newsroom anchor says he doesn't "see news as being that sexy." But his smile certainly helps! The 53-year-old recently had a cameo in the Kingsman sequel, and says he's up for any future Magic Mike film, too. "If they need help, yes, they know how to reach me," he quips. "I'd be more than willing to be a stand-in, sure."

Blow calls his new PEOPLE's Sexiest Newsmen Alive title the "strangest thing ever," but admits that even sexy newsmen have their haters. How does the 47-year-old deal? "I block all day," he says of Twitter trolls. "I think kind of spiritual, psychic, intellectual energy is a limited commodity. And you have to decide how you spend it."

Despite his good looks, Cuomo, a CNN anchor, has been called a "chained lunatic" by none other than President Donald Trump. But the 47-year-old doesn't sweat any criticism. "I really believe that I was built for this," he says. "I take it very seriously — I do not take it very personally."

Geist, 42, has a packed schedule: He's on Morning Joe on the weekdays, and hosts Sunday Today on the weekend. And although he doesn't personally worry too much about Trump's cries of "fake news," he does think about the greater impact it's having on the public's perception. "I do worry about the erosion of trust that he has planted in a lot of people’s minds in journalism," he says. "I think our only response to that is to do good journalism to prove him wrong."

Dickerson, 49, hosts Face of the Nation on CBS News, and while he says that his the Sexy Newsman title is "very nice," his wife couldn't help but laugh when she heard the news. "I think I may have told her on the phone but I could hear her eyes rolling," he says.

Melber's MSNBC show, The Beat with Ari Melber, premiered this past July, but he first came to notice as the network's chief legal correspondent, a position he was appointed to in 2015. And he says that since the election, the reactions he's gotten from viewers have had a definite shift. "People will come up on the street and say 'Thank you for protecting democracy,' " he says. " 'Thank you for the vital role you play. Keep at it. I mean, people are rooting us on in a totally different way.' "

The White House communications director turned Good Morning America anchor has been in the public eye for decades. But the 56-year-old says that too much attention makes him nervous, particularly when the cameras stop rolling. "I’m much more of an introvert than an extrovert," he says. "And when I become the center of attention off camera, beads of sweat form pretty quickly on my forehead."

CNN anchor Cooper's sexy silver hair is his signature, but the 50-year-old says he's not a fan himself. In fact, he doesn't see himself as sexy at all. "I see myself as when you lift a rock and see a salamander who has not seen the light of day and is an albino — that’s how I view myself," he quips. "My silver hair is not something I’m all that thrilled about, but I know others seem to like it."

The anchor of ABC's World News Tonight can hardly believe his new title of Sexy Newsman, especially when the 44-year-old considers where he was a few decades ago. "Listen, I remember being the nerd all through middle school and high school," he says. "I remember interviewing my sister's friends with my Microcasette recorder, so if there's anyone who finds reporting, particularly in this era, appealing then I'm grateful."

Tapper, who hosts The Lead With Jake Tapper on CNN every weekday at 4 p.m., says that although Trump may go head-to-head with the media, the president is doing something to make journalism sexy again. "It’s an improvement clearly," says the 48-year-old. "The need for accountability and credible coverage is not new for politicians. But it’s certainly more conveyed now than I’ve ever seen before." 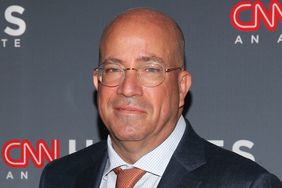 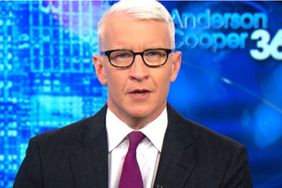 Who Has 'The Sexiest Beard in TV News?' People's Sexiest Newsmen Make' Their' Picks for the Title 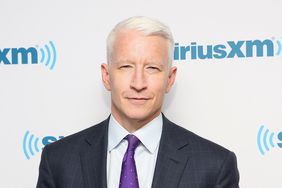