The Maryland Natural Resources Police believes they know the fate of one of the zebras that escaped from a Prince George's County farm in August.

Moses added that the officers who found the deceased animal believe it is one of the zebras that garnered national media attention in August after getting loose from a local farm.

Jennifer Bevan-Dangel, Maryland's director for the Humane Society of the United States, condemned the "terrible fate of this zebra" Friday in a statement obtained by PEOPLE.

Zebras Are on the Loose in Maryland After Escaping From a Local Farm, Officials Say

"The sad fate of this zebra underscores the seriousness of this issue — both from the cruelty of captive exotic animal ownership and operations to the dangerous and barbaric use of traps," she said in the statement.

"This sad situation is evidence that snare traps are dangerous — and too often catch unintended victims — sometimes people or pets," Bevan-Dangel added. "The legislature must learn from this and take steps to prohibit the use of cruel and indiscriminate snare traps across the state."

In September, Eleanor Holmes Norton — a Democrat who represents Washington, D.C., as a non-voting delegate — issued a statement claiming she was not the one to let the zebras loose from the local farm. Norton is said to be known for opposing unnecessary fences.

"My alibi is solid, but given my career of fighting for statehood for the District, which includes years of explaining the importance of having consent of the governed, and given my recent opposition to fences, I can understand why the charge was made," she said in the statement.

According to The Washington Post, on Thursday, Linda Lowe, a spokeswoman for the Prince George's County Department of the Environment, confirmed that two of the zebras that escaped in August are still alive. 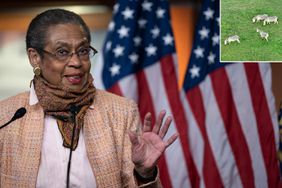 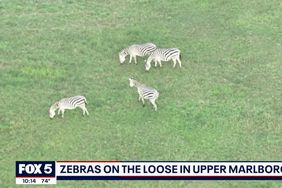 At Least 6 Zebras Are on the Loose in Maryland After Escaping From a Local Farm, Officials Say

An Echo of Gunfire 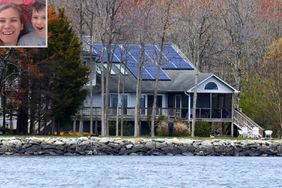