From the longest dog tongue to the biggest jump by a guinea pig, see what broke the Guinness World Records for 2011

LONGEST TONGUE ON A DOG

Does this mean treats taste extra-yummy? Puggy, a 10-year-old Pekingese from Texas, has a licker that measures 4.5 in. long.

Jack Russell terrier Anastasia is used to the spotlight – she popped 100 balloons in 44.49 seconds on the set of Live with Regis and Kelly in 2008. Beat that!

MOST FRISBEES CAUGHT AND HELD

Every pup likes to fetch Frisbees, but pooch Rose really enjoys the task: She can catch seven flying discs, thrown one at a time, and hold them all in her mouth at once.

LOUDEST BARK BY A DOG

Think your dog is loud? The loudest bark by a dog measured 108 decibels, and came courtesy of Daz, a white German shepherd from London.

MOST BOTTLES RECYCLED BY A DOG

Reduce, reuse, recycle … ruff? Tubby the Lab has helped to recycle an estimated 26,000 plastic bottles in the past six years, collecting and crushing them on his daily walks in the U.K.

Darius, a 4 ft., 3 in. Flemish giant rabbit, holds this tall title. The big guy lives in the U.K. with mom Annette Edwards – and presumably some shorter pals.

LONGEST JUMP BY A GUINEA PIG

Whomp! That’s the sound of Diesel, a guinea pig from London, clearing a gap of 8.07 in. to break the record for longest jump by a guinea pig. Who knew they jumped?

Someone throw this gal a birthday party! Colo, a gorilla living at the Columbus Zoo in Powell, Ohio, will turn 54 years old in December. She was the first gorilla to be born in captivity, too.

When measured last September, reticulated python Fluffy (also of the Columbus Zoo) was more than 24 ft. long. But the longest snake ever was found in Indonesia in 1912 – and measured 32 ft., 9.5 in.! 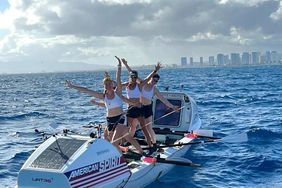 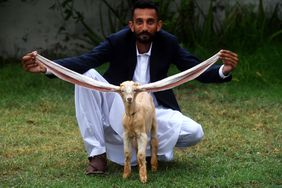 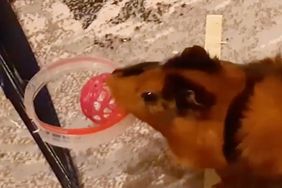 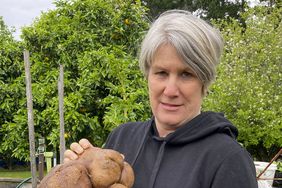 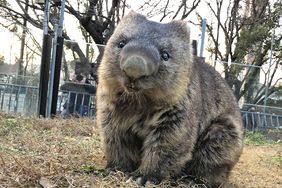 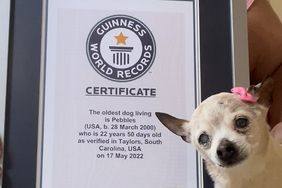 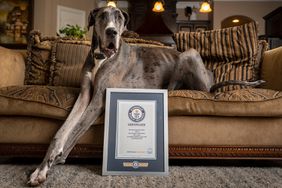 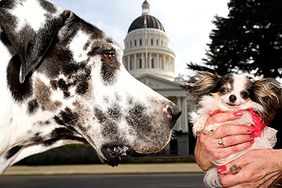 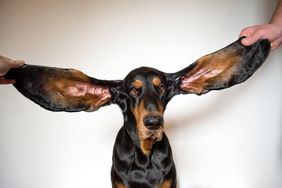 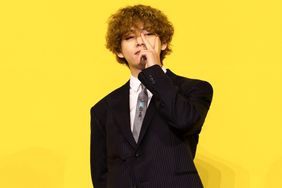 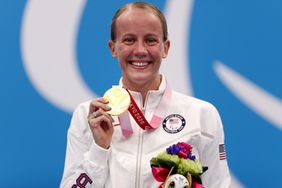