He came, he saw, and he conquered the competition with his hearty appetite!

Although up against some sizable competition, bear 747 — named after the large airliner — has been crowned the winner of Fat Bear Week 2020.

Every year, animal lovers get a chance to cast their votes in a March Madness-style bracket, which showcases some of the beefiest bears who call Alaska’s Katmai National Park and Preserve home.

This year, bear 747 was voted the fattest of the group, which also included Holly, the hefty bear who won the Internet’s heart last year, as well as two-time champion Otis.

Interestingly enough, although this year’s winner has been "one of the largest bears on the river" for some time now, this marked bear 747’s first time competing in the head-to-head competition.

"This year he really packed on the pounds, looking like he was fat enough to hibernate in July and yet continuing to eat until his belly seemed to drag along the ground by late September," the park wrote in a statement about the champion, who weighs in at over 1,400 lbs.

"When asked what he intends to do now that he has won, the only response was a look before going back to fishing in the Jacuzzi near the Brooks Falls, one of his favorite fishing spots," the park added.

The celebration of the brown bears and their winter weight gain has been going on since 2012.

In addition to casting their votes in the annual tournament, viewers at home can also see the chunky creatures in action in a live-stream on Explore.org.

Turned into a fun competition, these pre-winter weight gains have always been very important, as the mammals will lose a third of that bodyweight during hibernation.

"Each winter, curled snug in their dens, brown bears endure a months-long famine. During hibernation, bears will not eat or drink and they will lose one-third of their body weight," according to the Explore.org website. "Their winter survival depends on accumulating ample fat reserves before entering the den."

And in Katmai National Park, the hottest item around for packing on the pounds is salmon.

"Bears gorge on the richest, most easily obtainable foods they can find. In Katmai National Park, that most often means salmon," the website states. "Dozens of bears gather at Brooks River to feast on salmon from late June until mid October. Perhaps no other river on Earth offers bears the chance to feed on salmon for so long." 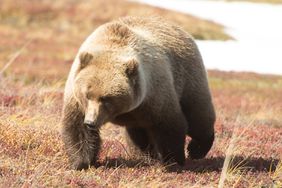 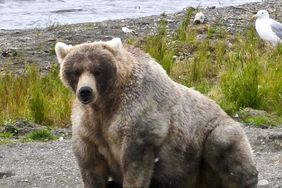 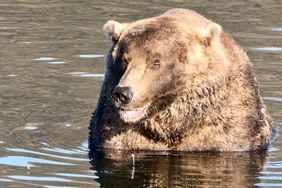 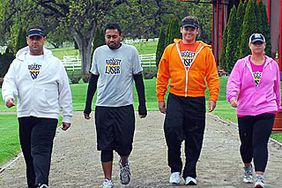 Who is Season 9′s Biggest Loser? 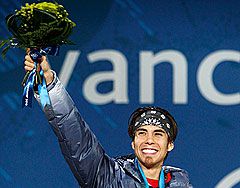