WATCH: A Family's Farewell Tribute to the 20-year-old Cat They Adopted

It’s never too late to adopt — that’s the legacy of Dexter, a cat one Utah family adopted at age 20.

They only had two years with their furry friend, but it’s clear from a video Jill Williams shared on YouTube that his impact has been immeasurable.

“The best cat in the entire world has left us,” says the caption for the video, which now has over 80,000 views. “We will never forget the love and happiness he gave in his very short time with our family. Rest in peace, Dexter.”

At the ripe old age of 20, Dexter was rescued from a hoarding situation and the family welcomed him to their home in 2014, after one of their sons requested a kitty (“I mean, REALLY wanted a cat. I think it’s safe to say they both win,” a video caption says).

“You might think a toothless old cat this old in failing health would just want to be left alone,” says a video caption. “But Dexter craves attention. Especially from his two new human brothers: Harry (age 7) and JJ (age 5).”

While cats can be set in their ways, Dexter adapted well to change. “He was living in a home with around 100 other cats, most in horrible shape and suffering from poor health and malnutrition,” Williams writes. “I think he believes he has hit the jackpot :)”

In all of the footage of Dexter, he seems seems blissfully happy in his loving home, whether it’s cuddling with a smiling JJ or with a grinning canine friend in his final farewell video.

Once you dry the tears from your eyes, the message here will be purr-fectly clear. “It’s never too late to save a life,” Williams writes. “There are so many great animals waiting to find their forever home in shelters across the country.” 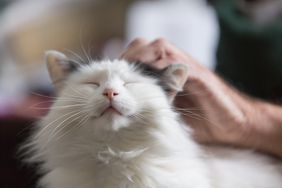 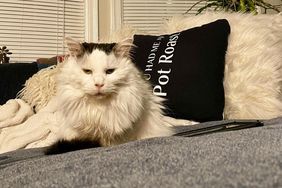 Pot Roast — One of the Most Beloved Cats on TikTok — Has Died, the Pet's Owner Confirms 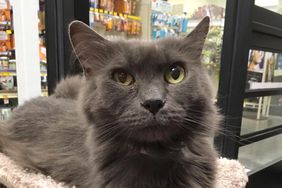 Adopt Me! 7-Year-Old Cat Deemed 'Too Old' by Many Adopters, but Has Lots of Life Left 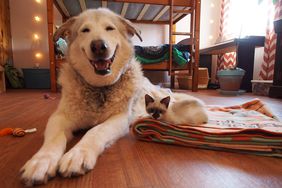 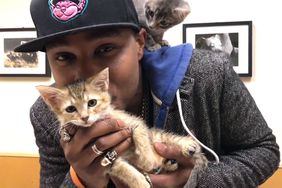 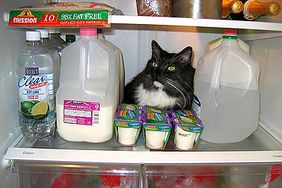 Who's Chillin'? Cats in Refrigerators 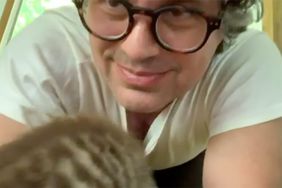 Mark Ruffalo Introduces Fans to Kitten Biscotti: 'Spending Quality Time with One of My New Friends' 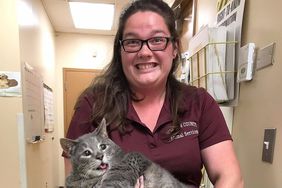